The hottest new connected tech announced at the Berlin expo 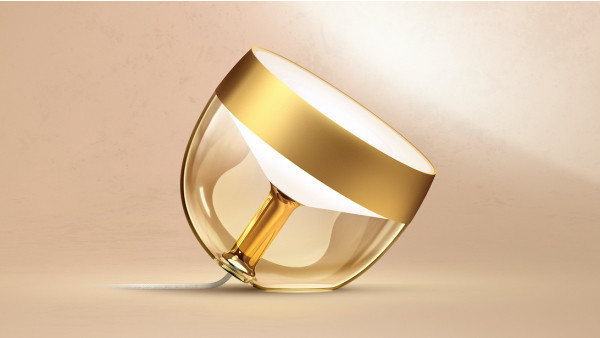 IFA is always a hotbed for new tech, and IFA 2020 - despite what's going on in the world - is no exception.

From Philips Hue to August, many of the big names are making a big splash in Berlin this year, and below we've rounded up the best of what's been on show...

LG ThinQ Home gives us a glimpse of the future

The LG ThinQ Home is a real residence the South Korean city of Pangyo (known as KoreaŌĆÖs Silicon Valley).

LG says its "the ideal future residence designed to deliver a safer, more convenient lifestyle through the companyŌĆÖs latest appliances and IT technologies."

We say, it's awesome. No spoilers, watch the video yourself to see what the smart home could become.

A plethora of new smart light bulbs and lamps have been announced over in Berlin but the standout device is undoubtably the Philips Hue Play gradient lightstrip, which wants to add Ambilight features to your TV.

Unlike the usual Hue lightstrips, which all have to be set to the same color, the new gradient model is capable of mixing up the shades and colors thanks to a series of individually addressable LEDs.

The Blink Indoor and Blink Outdoor offer two years of battery life on a pair of AA batteries and that can double to four years, if you add the new Blink expansion pack which costs $30.

Tado, the German heating specialist, says that its latest and greatest smart thermostat - the Tado Smart Thermostat V3+ - is now easier than ever to install and is compatible with 95% of all heating systems.

As with the previous model, it works with heating systems that already have a wired thermostat connected to the boiler, or by replacing a wireless device with the wireless receiver extension kit able to communicate between the boiler, the thermostat itself and the Tado Bridge which connected everything to the web.

Also announced, the new Tado Wireless Temperature Sensors are equipped with temperature and humidity detectors and are able to control multiple Smart Radiator Thermostats in a room, or group of rooms.

It's not a Google Smart Display like its feature-rich predecessor, but is instead a basic Google Assistant smart speaker with an LED display on the front, giving you the time, the date and the weather and temperature.

It's not just on budget devices that we saw smart speaker innovation though. Voice assistants built into high end speakers are becoming ever more prevalent and the latest audio specialist to jump on the smart speaker bandwagon is German company Teufel, with the Hotlist M and the Hotlist S.

The Hotlist M and S are a pair super stylish hexagonal shaped bookshelf speakers; the M is the taller of the two at 40cm - compared to 22.5cm on the S - and the M can also be fixed to an optional stand.

Both speakers have the touch panel up top for controls, along with the Alexa light and microphones for picking up your voice commands.

Neato used IFA 2020 to reveal a trio of new robot vacuum cleaners: the Neato D10, D9 and D8 were all announced at the big Berlin tech expo.

Neato has again returned to that trademark D-shaped design; a shape it believes is better equipped to get all up in the corners of your home where circular robot vacuum cleaners might struggle.

The Neato D10 is the new flagship model from the Californian company, with an impressive 150 minute battery life, a True HEPA filter that captures up to 99.97% allergens and particles like dust (as small as 0.3 microns) and a LaserSmart LIDAR-based navigation system.