Into the unknown with Elsa, Mickey, Woody, R2D2, Iron Man and the gang 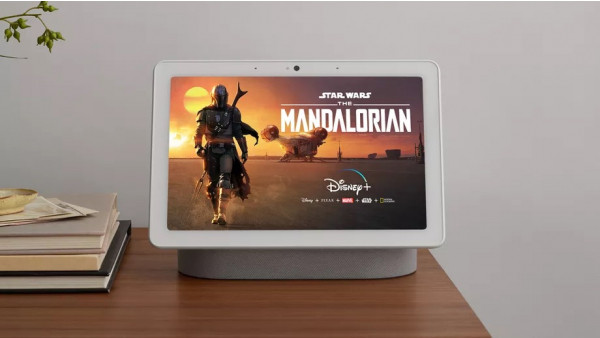 Google Assistant Smart Displays are now capable of streaming a wealth of new content, as Disney+ has just gone live across the platform.

That means all your favorite Disney shows and movies are available on the likes of the Nest Hub and the Nest Hub Max, along with the Marvel, Pixar, Star Wars and National Geographic back catalogs, as well.

You could already cast Disney+ content from a smartphone or tablet to a Google Assistant Smart Display, thanks to Chromecast, but now it's a much more native and natural setup.

You obviously need to have an active Disney+ subscription but then it's just a case of linking your account in the Google Home or Assistant app.

You don't need a native Google smart speaker with a built-in display; third-party models from the likes of JBL and Lenovo are also invited to the Disney+ party too.

Netflix went live on Google Smart Displays earlier this year and Google added some neat tricks such as gesture controls for the camera-toting Nest Home Max so you can hold your hand up to pause playback.

We understand that the Disney+ option will also have this option on the Max, but it's understood that touchscreen controls won't be part of the setup.

It's available in the US, UK, Canada, Australia, Ireland and a few other markets right now - go fire it up and give it a spin.