The business magnate's comments get lost in smoky podcast appearance 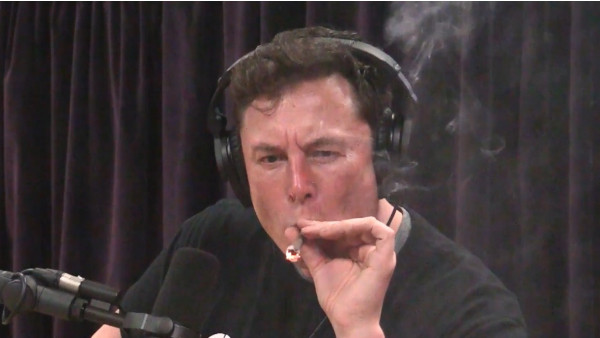 Since Tesla and SpaceX founder Elon Musk appeared on the Joe Rogan Experience podcast on 6 September and smoked a marijuana cigarette, plenty has been written about the double standards of drug use, unprofessionalism and the future of the magnate's companies.

And while Musk taking a few drags on a joint is unquestionably meme-worthy, it did mean that some of the wider conversation got lost in the smoke - including his comments regarding smarter air conditioning.

Interestingly, when discussing solar energy, and how a potential solar roof on a Tesla vehicle could power a suitably energy-efficient home, Musk hinted at the idea of a connected air con system.

ŌĆ£It should predict when you are going to be home and then cool the rooms that you are likely to use with a little bit of intelligence. We are not talking about a 'genius home' ŌĆō just basic stuff,ŌĆØ he said.

The CEO went on to note that if the system was connected to a car, it could know exactly when the user was close to home and only cool it's appropriate and in order to save energy. And Tesla, of course, already has the ability to track vehicles through the mobile app, with Musk suggesting that it would only need to be able to interact with a more intelligent air conditioning system.

Musk also added that if this intelligent air conditioning system is connected to your car, it could know exactly when you are about to get home and only cool it when it is appropriate in order to save energy.

Pressed on whether his company already has a design for a system such as the one he described, Musk said: ŌĆ£I cannot answer questions about potential future products.ŌĆØ

The answer, naturally, is unsurprising. However, an air conditioning unit powered by Tesla isn't a completely reach, with the company consistently looking to establish sustainable energy and recently exploring a new heating, ventilation and air con (HVAC) system for the Tesla Model 3.

So, if Tesla does eventually begin to broaden its reach to the home, it appears increasingly likely that air conditioning would be the first area it would smarten up. However, we may have to wait until the next time Musk rolls one up with Rogan in order to gain any more hints.