Nobody vacs with Max power. You strap yourself in and feel the Gs 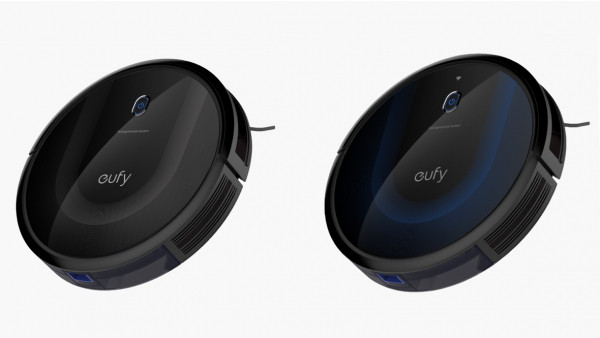 We're all about robot vacuums here at The Ambient, but we'll be the first to admit even the best auto-vacs still struggle with our rugs. Eufy's made a name for itself balancing decent features against price, but it's now turning up the power with its RoboVac Max range.

Read this: The best robot vacuums for your smart home

Eufy's boasting 2000Pa of suction power across both, which is certainly on the more powerful end (it's where the Dyson 360 Eye tops out). On paper at least, Eufy's new bot should be able to tackle that matted hair and carpet dust without difficulty.

Eufy says it's also improved the filter and wind tunnel to improve dust sucking and prevent hair getting caught at the mouth of the dustbin.

While both vacs offer all the above mentioned features, only the 15C Max is Wi-Fi connected, which also opens up Alexa and Google Assistant control. Its black exterior also gets a blue tint, but otherwise they're the same robo vac.

Coming in at 2.85 inches tall, they also measure as high as the Eufy RoboVac 35C, one of the company's more affordable offerings. But expect it to be a little quieter. the 35C hummed at about 77dB while the new models will hit 55 77dB during normal operation and around 63dB in "Max" mode. Translation: your new companion shouldn't create much of a racket as it goes about its business.

The 11S Max will be available mid-June for $249.99, but Eufy is selling it for $199.99 for a short promotional period. The company's not yet announced the price for the 15C Max, but obviously you can expect it to be more.