Google Assistant gets Assignable Reminders to let you bug your family

You can now set prompts based on time and location 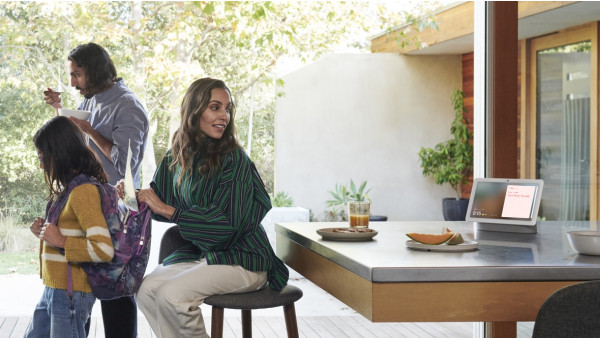 The Google Assistant is being granted a new feature to help out with household reminders, allowing user-to-user prompts through the smart assistant.

Called Assignable Reminders, the feature will mean that if you're in a rush and need to remind, say, your grumpy teenage son that he's got to take the bins out this evening, you can simply say, "Hey Google, remind Kevin to take out the trash at 8pm."

Whether Kevin obeys the will of Google is, of course, out of the assistant's control.

You can't send these reminders to just anyone, of course. They'll only work with anyone who's in your Google family group, or anyone whose account is linked to the same smart display or smart speaker as you, and who has matched their voice to said device.

If your instructions are a little more complicated, there's room for that, too - you can tie the reminder to a location. For example: "Hey Google, remind John to pick up some wine when he's at Whole Foods."

When Google detects that he's there, John will get pinged with the aide-memoire.

Meanwhile, if your reminder is going to be valid more than just the once, you can set it to recur by asking Google to remind whoever it may be "on the last day of each month", "every Friday morning", or at whatever interval applies. If you're starting to lose track of what you've told someone to do, a simple "Hey Google, what are my reminders for [person]?" will give you a list.

Finally, for anyone that feels they could get a little nagged by unwelcome reminders, a new Assignable Reminders section in the Assistant's settings will let you block reminders from any individual you don't feel like hearing from.