LG's webOS spreads its wings to other smart TVs 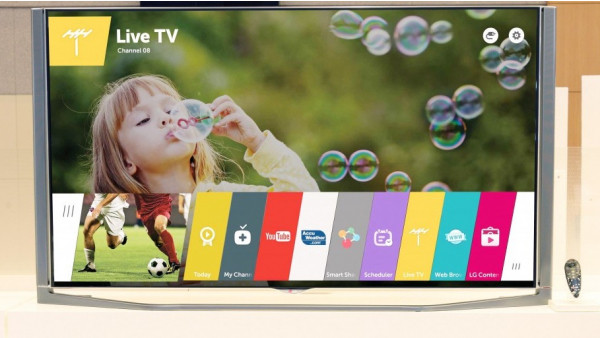 LG has revealed that its webOS smart TV platform will soon arrive on other brand's TVs.

The Korean tech giant has stated that it already has multiple partners signed-up for licensing webOS, including RCA, Ayonz, Polaroid and Konka, and that there are more than 20 brands are lined up to take its smart TV platform on board.

ŌĆ£The webOS platform is one of the easiest and most convenient ways to access millions of hours of movies and TV shows,ŌĆØ said Park Hyoung-sei, president of the LG Home Entertainment Company.

ŌĆ£By welcoming other manufacturers to join the webOS TV ecosystem, we are embarking on a new path that allows many new TV owners to experience the same great UX and features that are available on LG TVs. We look forward to bringing these new customers into the incredible world of webOS TV.ŌĆØ

LG's webOS TV platform was actually born out of the company's smartphone brand; webOS was actually the system that the popular Palm Pre smartphone ran on, way back in 2009.

LG snapped up webOS from HP, who had gobbled up Palm in 2010, in 2013. It relaunched the platform on the bigger screen as a rival to the likes of Android TV and Samsung's Tizen platform.

The beauty of webOS is its simplicity and economy. It was the first TV platform, for instance, to overlay a scrolling row of content source icons along the bottom of the screen. It also pioneered the use of rich icons and folders to help you easily find content and was the first to use subtle animations to help you track your progress through the menus.

The latest webOS version offers a two-tier system, where a second layer of icons appears above the main home bar showing direct show/movie links from the app youŌĆÖve highlighted on the bottom deck.

LG is also leading the pack when it comes to voice control. As well as LGŌĆÖs own ThinQ system you can use Alexa or Google Assistant as well.

In terms of streaming services and apps, most of the big hitters are available with webOS: Netflix, YouTube, Amazon Prime Video, Rakuten, Dazn and many more.