The week in smart home: Another shocker for Nest as it goes down... again 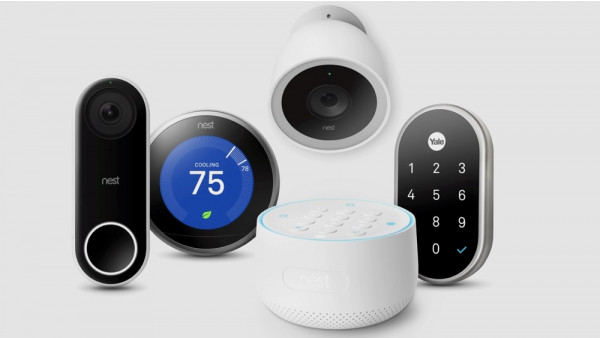 It was a week in which our digital assistants got smarter - albeit with slightly different approaches. Google is tapping into AI to make its news bulletins better, but Amazon wants you to help Alexa grow its knowledge.

Elsewhere, Adero (formerly TrackR) went official with its new moniker and its next product, a more advanced tracker that now acts a little more like a personal assistant and the Amazon Fire tablet's transformation to Echo Show is almost complete, as Amazon announced you'll now be able to receive Drop In calls and Announcements when the tablet is in Show Mode.

Here's what else went down in a busy week for the smart home...

Owners of Nest devices took to the web (well, Twitter and Reddit) to complain that access to their Cams, Thermostats, Hellos and Secures had been cut off by an outage this week - albeit one that only lasted an hour or so.

System outages are common for services that rely on the cloud but this is the third time in as many weeks that Nest has been hit by a widespread problem, following similar issues on 15 and 27 November.

Come on Nest, sort it out.

iDevices is the latest smart home brand to jump aboard the good ship IFTTT, announcing that it's line of connected switches, sockets and smart lighting all now play nicely with the popular recipe app.

iDevices products already work with HomeKit, Alexa, and Google Assistant - so IFTTT was inevitable. You can check out some cool iDevices IFTTT applets right here.

Ah Winter Wonderland. A place so far from what you'd imagine Lapland to actually be like - teaming with soggy mud, screaming kids and the pungent combo whiff of awful food and said screaming kids' puke - yet people turn up in their thousands, every year, to experience the 'magic' of Christmas.

American readers - fear not, you really aren't missing out on anything. Well, not much - although there is now Google Assistant built into the Big Wheel. Sort of.

Each of the 41 pods on the Big Wheel contains the digital voice assistant, so you can play your favourite Christmas songs or "reveal fun facts about Winter Wonderland."

Also, in the queue you'll be able to "make it snow" for a snow selfie, or ask the winter elves to make a hot chocolate. Google's branding is slapped all over the Big Wheel - natch - but it'll still cost you ┬Ż7-┬Ż9 for a ride.