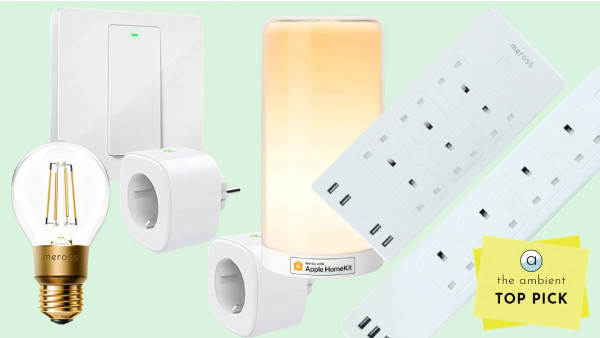 Meross, founded in 2016 and based in Chengdu, China is fast becoming one of the most prominent players for affordable smart home devices.

Unlike many of its homeland rivals, Meross has a range of HomeKit compatible devices - including smart plugs, lights and switches - as well as offering compatibility with both Alexa and the Google Assistant.

I've spent the past few weeks living with a range of Meross smart home devices; read on to find out what's good, what's not and whether this is a brand you can rely on for building out your smart home.

Head on over to meross.com and you'll see that the company has an absolute plethora of smart home devices.

However, for the sake of this review we'll focus on the devices that the company are pushing on the US and UK Amazon store fronts and the ones I've been using for the past few weeks.

Let's face it, that's where you stumbled across the line-up and you're probably asking yourself, "Is Meross a good brand?"

First up and there's a huuuuuuge array of smart plugs on offer. The designs alter slightly between UK/US variants but, on the whole, the range is pretty consistent both sides of the pond.

The plugs are slightly cheaper if you go for the non-HomeKit versions but, if you do go HomeKit then these are also Alexa / Google Assistant and SmartThings compatible.

There are are also power outlet plugs and outdoor weatherproof plugs too, with or without HomeKit compatibility.

In terms of switches, there are versions for both wall sockets and for making dumb lamps smart and there's also a garage door opener as well. These aren't part of the HomeKit range though, as of yet.

When it comes to smart lighting you'll find lightstrips, lamps and bulbs in an array of shapes and sizes - even an Edison / filament design.

Again, these are smart devices capable with the full range of major smart home ecosystems; Alexa, GA, SmartThings and HomeKit.

Is Meross safe and secure?

Merros' smart home devices all work after connecting to your home's Wi-Fi network; they don't use local mesh networks such as Zigbee, Z-Wave or Thread to talk to a hub.

As with any device that you add to your Wi-Fi network, there are security implications. Meross is keen to stress that, with its range: "All data is securely transmitted and stored using AWS servers in US."

Obviously you can eliminate any major risk or concerns you have by sticking to the HomeKit variants, which don't require you using the app (and therefore telling Meross your Wi-Fi password), and have to adhere to Apple's strict encryption standards.

A Which? study at the end of 2020 stated that when setting up a Meross smart plug, a usersŌĆÖ Wi-Fi passwords were not encrypted. That means a hacker could, in theory, use the Wi-Fi connection and maybe even compromise other devices.

I asked Meross for a response to this report and I was told:

"The work is in progress and the new firmware is in test. We will release new firmwares for all models from Q2. Users will receive the message in Meross app to get their password encrypted."

Meross: Living with the devices

The big win for Meross is that, if you go down the HomeKit route then you never have to touch the native app at all, everything can be done within the Apple Home app - it's the same process for adding compatible Meross devices as it is for bigger name rivals; i.e. you scan the HomeKit code and assign a name and room all within Apple's platform, as illustrated above.

Adding to Google Assistant and Alexa is also pretty straightforward once you've created and account and navigated the native app, and we also found it was possible to get devices singing and dancing with SmartThings too.

The sheer range of what's on offer, especially when it comes to smart plugs sets Meross apart; with singles, doubles, multi, indoor and outdoor options aplenty.

The build quality is great and the prices are about as low as you're likely to see. At the time of writing Amazon.com has a 4-pack of smart plugs on sale for just $22. That's just over $5 a plug.

Sure, the HomeKit ones are a bit more - around $10 a plug - but that's still a price that you'll struggle to beat elsewhere.

As always, it's the native app that is the weak point of any budget-brand's smart home platform.

However, Meross' app is pretty clean, has very few translation problems (which can often be a major sticking point) and it even has quite good routine and scene features; should you wish to control the devices outside of a major smart home ecosystem (which is pretty unlikely, let's face it).

There are a few discrepancies, here and there. For example, any smart lights have far more nuanced controls within the native app, with the altering of colors and shades a lot more clunky and cumbersome inside of HomeKit, Alexa and so on.

But that's not an issue limited to Meross, bigger name brands such as Hue and Lifx also suffer from this.

SmartThings compatibility, which I've touched on, is also a bit of a muddle. Within the SmartThings app it's easy enough to find Meross, but it then asks you if you want to add 'Garage Doors', 'Outlets' or 'Switches and Dimmers'.

None of these, obviously, cover a light bulb or a lamp. I just tapped 'Outlets' and found that once I'd linked my Meross account to SmartThings, it automatically synced all my Meross devices, not just those covered by those three categories.

There's also a brilliantly unique tab within the Meross app: 'Savvy User'. I thought this might open up some sort of beta testing area for new features but, instead, was presented with a storefront with the latest Amazon discounts and codes on Meross products.

Meross smart home devices
Without doubt, if you're looking to build up your smart home with an array of devices from a budget-friendly Chinese brand then Meross should definitely be a consideration; especially if you're living in a HomeKit home. There are plenty of devices on offer with seamless integrations with not only Apple's ecosystem, but Alexa, Google Home and SmartThings too. The native app is easy enough to use and I've experienced no major downsides; although that security vulnerability is of some concern.
PROS
CONS
TAGGED    smart home