Nest v Honeywell: The pros and cons of each ecosystem 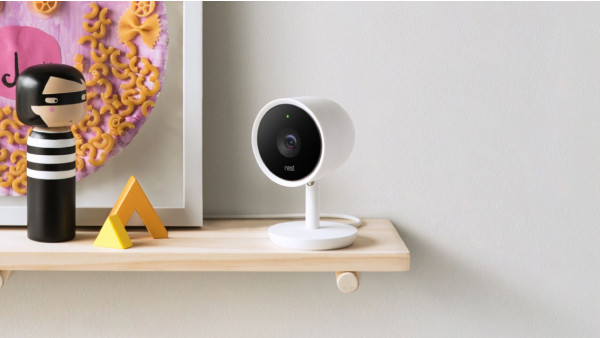 When it comes to kitting out your smart home, it goes without saying that diving into one platform can often be preferable to purchasing individual devices from a string of manufacturers.

After all, with an increasing list of companies battling to run your thermostat, tell you who's at the door and keep track of movement in your garden, you'll find it a much more seamless process to settle into a couple of companion apps and run your home from there.

Read this: The complete guide to Nest

Not every company in the space is aiming to cover each area of the smart home, of course, but two ŌĆō Nest and Honeywell ŌĆō have quickly progressed from smart thermostat aficionados and are beginning to reach their tentacles into the same divisions of the home. And since this makes them direct competitors, it's handy to know just which is best, and which delivers the most bang for your buck.

Below, we'll be comparing the ranges provided by each company, focusing on the smarts, price and performance they could provide to your burgeoning smart home.

Way back in 2015, this would be a very different battle, with both companies primarily focused on controlling the temperature of your home. Since then, as we mentioned just above, both have journeyed forward into the world of smart cameras, doorbells and security systems. Let's give a brief rundown of each area, and how the two compare.

In terms of pure volume and choice, Honeywell wins the smart thermostat round with its hands tied behind its back. There are countless models to choose from, with 10 of its range being Wi-Fi thermostat smarts to help connect to your smart home. At the top of this section is the mundanely-named Wi-Fi Smart Thermostat, as well as the Round Smart Thermostat (that's right, it's a round one) and the T6 Smart Thermostat (not round). Honeywell does a good job of making sure you're covered whether you're looking for a wired solution to fit over your current dumb option, a wireless option you can stick anywhere in the home, something that requires no professional installation and, really, a thermostat with pretty much every level of smart capabilities, whether you're a beginner or seasoned smart home vet.

Essential reading: The best smart thermostats for your home

In contrast, Nest isn't as varied. You don't get the same freedom when it comes to setting parameters for your ideal smart thermostat, but what the third-generation Nest Thermostat does give you is a fairly complete smart setlist. The device still promises to learn as it goes, adapting to your routines and knowing when you're out of the house in order to save energy, and still remains the best looking device in the space (if that's the kind of thing you want from your thermostat).

One noteworthy leg-up it has on the likes of the Honeywell T6 and others is its ability to control your hot water, but, generally, the pair's smarts do even out with the likes of smart integrations and app experience (the T6, for example, offers Apple HomeKit support and a friendlier app control than Nest).

Honeywell does have dedicated indoor cameras of its own, but it's an area that's set to mesh on a more advanced level with its smart security system through the new Honeywell Smart Security camera, shown above. We'll come onto the smarts of this further below, when comparing the smart security of both companies, but it's also worth pointing out that Honeywell also has the Lyric C1 and Lyric C2 cameras to choose from, providing you with the likes of 1080p Full HD coverage, control from the phone, free cloud storage, adjustable alert zones and sound detection. If you're looking for camera basics, it's best to take a look at that first, and not the DIY-style Smart Security Camera.

In truth, Honeywell's C1 and C2 give you a lot of what you'll likely be hunting for in a smart camera, but cameras are where Nest shines. Not only do the two Nest Cam Indoor generations offer the same basic smarts as Honeywell's options, but you'll also have the choice to get involved with the Nest Cam Outdoor or the newer IQ equivalent, if you want to track your garden, your driveway, or whatever.

If you're looking for more advanced features, such as facial recognition and industry-leading night vision, the Nest camera range wins out here. But if you're tech-savvy and want a camera that can sit at the heart of your smart home security, the Smart Security Camera from Honeywell does provide an edge.

This is a bit more of sketchy area of comparison, since none of Honeywell's (again) mammoth list of devices are what you would define as smart doorbells in the traditional sense. Sure, you get to customise the chime, they can offer flashy lights and you can have them wired into your door, manually placed and controlled with a remote, but they're not like competing seriously with the likes of Ring, or, for that matter, Nest.

Ding-dong: The best smart doorbells you can buy

New to the world of smart doorbells, Nest is taking on Ring and blowing Honeywell's options out of the water through the Hello. A solid choice for those who want high-end features like facial recognition, pre-recorded responses and full video streaming. The only real downside is the cost (an area we'll compare further below) and the inevitability of a Nest Aware subscription.

While Nest's security system ŌĆō Nest Secure ŌĆō won't be landing outside of the US until 2019, it's a fairly comprehensive setup for those who want a simple way to keep their home on lockdown. The system is a pick-what-you-want kind of deal, naturally, but available in the range is the Nest Guard, the alarm, keypad, motion sensor and the brains of the system; Nest Detect, the sensor that looks out for doors, windows and rooms; Nest Tag, a device used to arm and disarm Guard without a passcode. The whole system is controlled through the Nest app, too.

Lock it up: The best smart home security systems

The big benefit of Nest Secure is that it's fairly intuitive to operate, and all the devices sync nicely in the same family. For Honeywell, the smart security game is really just beginning, with the aforementioned Smart Security camera at the heart of the action. While the device ostensibly acts as a smart camera, it also works as the hub for both indoor and outdoor motion sensors, motion viewers, door and window sensors and even a key fob. It's a different approach to smart home security, with the company also offering up less-smart water sensors, safes and door locks.

Either way, you're a winner here. It really depends on whether you're comfortable with a camera being the brains of the operation, or whether you'd rather the security system to act as one alongside the rest of your smart home.

Nest vs Honeywell: Which is more expensive? Which is better?

The truth is, with so many devices and quite a lot of variance between what different homes require, there's no singular answer to which ecosystem is better or more expensive. However, we can look to the general outlay required in each area and look at where you can save some pennies, as well as give you a general idea of which company wins out overall.

To get the most out of each ecosystem, and receive features like cloud storage for your cameras, you're going to need to add a monthly subscription. This is more inevitable through Nest, with its Aware subscription, than the more reasonable Honeywell Membership plans. The latter's are just cheaper per month/year, but devices (and things like cloud storage) are still available out of the box ŌĆō that's not the case with Nest.

Now, with thermostats, the most expensive option from Honeywell, the Round, will set you back $199.99, with the aforementioned Wi-Fi Smart Thermostat and T6 coming in at a fraction less. With Nest's only option, you can expect to pay a little more, with the third-gen Thermostat starting at $249 ŌĆō and that's before you contemplate professional installation or add-ons such as the stand or additional temperature sensors.

It's a similar story with security cameras, too. The likes of the Honeywell Lyric C2 cost around $169.99, and despite the Smart Security Camera Base Station representing a fair chunk up from that ($349.99), it does have the added benefit of making the overall Honeywell security equation slightly more cost-effective than Nest's.

That's because the Nest Camera range starts at $169 for the first-gen indoor range and $189 for the standard outdoor Cam. And if you're feeling the more advanced features from the IQ range, expect to pay closer to $300 for individual indoor and outdoor devices.

Then, if you want to add the Secure on top of that, you better have $399 at the ready. Are you keeping up here, because it's very easy to spend upwards of $1,000 on a setup of just one indoor camera, one outdoor camera, Secure and a few extras here and there. Granted, Nest does often bundle some of its devices together to reduce the cost, but this merely puts it more in line with what Honeywell's offering, rather than undercutting it.

And it's this example that really shows off the wider summary here, which is, you may not experience a huge difference in price between the two if you're just looking to pick up the odd product, but fleshing out your home with an entire range is going to cost more with Nest than Honeywell. What you get for that price is a group of devices that are, more often than not, smarter, more intuitive to use and more attractive to have in your home. But where Honeywell does have the edge on Nest is on versatility, offering more devices, both smart and dumb (okay, not totally dumb, but not truly smart), for you to choose from while still remaining competitive on the specs sheet.