The Week in Smart Home: Amazon and Google want data from device makers

A look back at the week that was 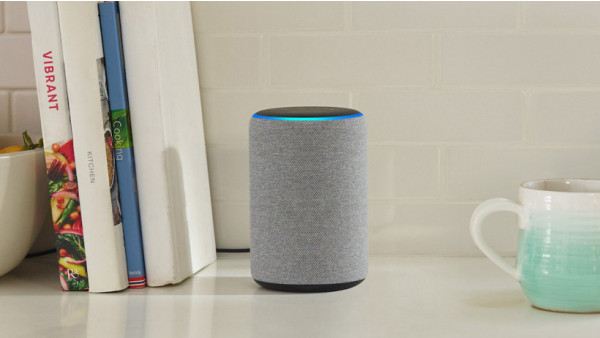 Welcome back to The Week in Smart Home, where we remember and collect the news of the week. Valentine's Day has just passed, an appropriate backdrop to one of biggest smart home hookups we've seen yet: Amazon asked Eero to be its Valentine, and Eero said yes. The mesh Wi-Fi startup agreed to an acquisition and will become one of the many smart home systems Amazon has gobbled up.

Elsewhere, Samsung announced about 7,000 new QLED TVs, Amazon opened up the Skills Store to everyone, and there's talk of a new flagship Google Home on the way. But that's not all that happened this week; read on for even more delicious smart home news.

Amazon and Google have marched their way to smart home domination. Apple is around too, but the proliferation of affordable Alexa and Google Assistant speakers have made them a dominant smart home force.

They've also been collecting all sorts of data on your usage. Bloomberg is reporting that Amazon and Google are pushing third parties to provide the same level of continuous data reporting.

For example, Amazon now wants to know every time a smart light is turned on or a smart lock is locked. Amazon and Google are arguing that collecting the data will allow for updated algorithms and systems that make it easier for users to control their smart homes, but some device makers are pushing back due to privacy concerns.

Logitech tells Bloomberg that instead of telling Amazon and Google what each device attached to a Harmony remote is doing, it provides broad descriptions, like reporting that a user is watching TV rather than saying they're watching HBO or ESPN.

Other companies, speaking anonymously to Bloomberg, say they've asked for concessions from Amazon and Google on the issue but have been rebuffed. Amazon insists it doesn't sell the data while Google declined to comment.

Over the past year, Apple has worked to make Siri easier to talk to. It even got a brand new voice back with iOS 11. Yet Siri remains frustrating to use for many, especially if you're outside of the United States.

The latest step in addressing Siri's shortcomings has been to tweak its British and Australian voices on HomePod. The new voice was noticed by several British and Australian users over the past couple days, with reports saying the new voice is clearer and more natural sounding. It's not clear whether Apple will continue to tinker with Siri's international voices on HomePod only, or whether it's doing it throughout all its devices.

August is one of the leaders in smart locks. It's so popular, in fact, that it recently celebration 1 billion locks and unlocks.

To celebrate, co-founder Yves Behar has roped in his design firm, Fuseproject, to cook up a limited edition white August smart lock. It actually looks pretty slick, and it'll be available on August's website until 23 February for $179. From 24 February onward, it'll be $219. It's got all the same features you expect from an August Smart Lock Pro, from DoorSense to August Connect.

Smart doorbells are the new smart home hotness, with every company seemingly jumping in with their own special doorbell. Now it seems like LG is getting into the fray, as a new patent from the company.

The patent was filed in September 2016, and lists a smart doorbell that utilizes a bracket that can be adjusted to change the viewing angle. It's unclear what exactly this means, but it's likely this means that the doorbell's viewing angle could be adjusted either in-app or by utilizing a movable bracket. Most smart doorbell brackets are stationary, with companies instead opting for wide field of views.