All the smaller stories from the week 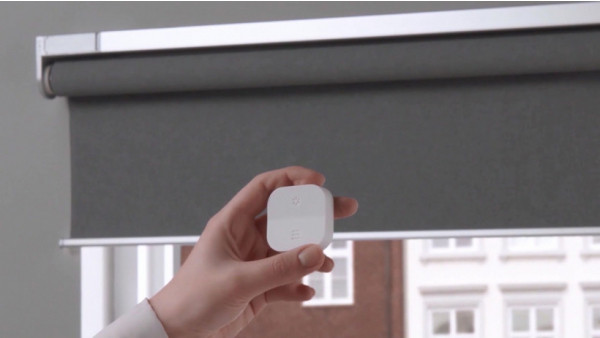 Happy weekend, and welcome to the latest The Week in Smart Home, your roundup of stories you might have missed from the week.

Once again, there were plenty of announcements and rumors this week - from Apple potentially working on a cheaper HomePod to Bose unveiling its new Portable Home Speaker. There was even a new smart lock from Simplisafe.

We also took a look at how to migrate your Nest account to Google now that Works with Nest is shutting down, and heard about a new device from Phyn that keeps tabs on your water use, and doesn't cost a bundle.

That's not everything, though - read on for some of the other stories from this week, and keep an eye on our news section for all the latest.

Ikea's long-awaited smart blinds have started falling into people's hands. Some people have got hold of them early, and in doing so have revealed a few interesting tidbits. One thing we've learned is that HomeKit is not yet supported, and neither is Alexa.

Curiously, only Google Assistant will be compatible at launch, and even then, it seems that you'll only be able to control it with voice and not make the blinds part of your devices in the Home app (which means they won't appear in Home View). Ikea has now responded to users on Reddit, confirming that HomeKit support will land "this fall" with Alexa within the year.

ADT finds out why we like smart home tech

A recent consumer survey by home security giant ADT has revealed some interesting information about how we view our smart homes, including that one in three people struggle to operate their smart gadgets.

Anyone who has ever spent any time trying to set up these devices knows that's not uncommon. But with 63% of respondents saying they owned a smart hub device, the survey shows that a high number of people have and use connected gadgets in their homes, even if some are having difficulty using them.

Further to this, 71% of respondents use an Alexa smart hub, confirming Amazon's dominance in the smart assistant market. Google Assistant was a distant second with 21% of respondents preferring its system, showing the ground that Google and Apple have to make up.

Asked what the motivations were behind buying smart home tech, nearly 84% of people surveyed said that convenience mattered, demonstrating that the main appeal of the technology is in shortcuts and ease for your day-to-day life. Some 37% also said they did so to increase security for themselves and their family.

You can find full details of the report and the survey on ADT's website, if you'd like to dive into the results in more detail.

All those people who have been listening to your voice recordings for Apple are now out of a job, reports The Irish Examiner. Following revelations that Siri too had a human review process, alongside Amazon and Google, Apple immediately halted the process, putting an end to the contracts for these workers, at least for now.

An Apple spokesperson told the newspaper that they are working closely with their partners "to ensure the best possible outcome for our suppliers, their employees and our customers around the world.ŌĆØ

Interestingly as part of the news, The Examiner discovered that each worker listened to 1,000 Siri clips a day, a few seconds in length, and mostly from users with Canadian, Australian, and UK English accents.

Apple has said that we will soon have the option of to opt out of having our recordings used for Siri's "grading", as the company calls it, if and when they re-start the process.

TP-Link's Kasa Smart brand has produced some interesting smart home tech in the last couple of years, including smart plugs and switches, but at least one of its planned products just bit the dust.

The Kasa Smart Video Doorbell has been cancelled, according to reports, after being shown off at CES earlier this year. This comes hot on the heels of news that the Kasa Smart Plug Mini won't be getting HomeKit support, making this a slightly jittery time for TP-Link's smart home ambitions.

TP-Link also had an LED strip on display at CES, and that isn't available yet either, so it's possible the company is reappraising its entry into the smart home space. We'll keep you posted on any further developments.

Alexa gets new skill to check in on elderly relatives

A great use for smart assistants is for helping less-able people automate certain processes and gain more independence.

Now, thanks to a new Alexa skill from State Farm Insurance, senior (or otherwise) Amazon Echo Show owners will be able to share alerts and check-ins to help relatives or caregivers know that they're safe and sound. The service is undergoing trials over the next few months ahead of an expected launch in 2020, alongside a State Farm app that will allow for even more connectivity.

The skill will also allow Alexa to suggest social activities to its user, encouraging them to get in contact with others and remain sociable. Given the ever-growing demographic represented by senior citizens, it's no surprise to see Amazon aiming to gain ground in the elder care market.

After its launch in the US, and following deployment in the UK, Australia, Japan, Ireland and New Zealand, Apple Music support has now reached Alexa devices in Germany, France, Spain and Italy.

That means, in short, that if you're an Apple Music subscriber and you own an Echo device, Amazon Fire TV, or Alexa-enabled Sonos speaker, you can now ask Alexa to play music from Apple Music - your options just got a little more wide-ranging.

That still leaves plenty of countries awaiting the functionality, mind, including the size-able omission of Canada. We'll let you know as and when any further rollout develops.