It's about time Gary Oldman entered your nightmares, anyway 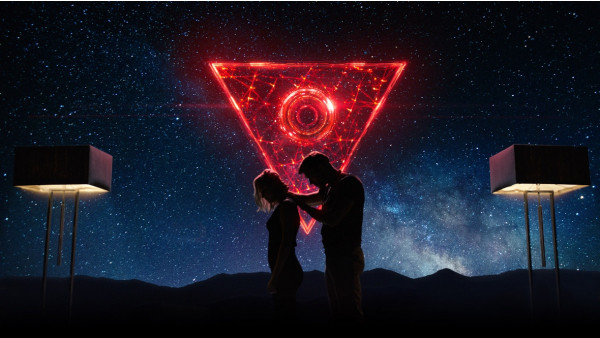 I'm too young to really remember HAL, the sentient Space Odyssey computer, mainstreaming the narrative of evil artificial intelligence. But, oddly, whenever I'm reminded of the theme, it does make me think of this Treehouse of Horror short from The Simpsons.

Right, so, picture that, then kind of mix it with Saw. Then take whatever that is, put it in a five-speed blender, throw it at the wall, and voil├Ā, you've got yourself Tau, Netflix's latest original film nobody asked for. Revealed in the trailer shown below, Tau's plot features a futuristic kidnapping from a certified crazy man (Ed Skrein; who, after some light Googling, I see is also the actor who played Game of Thrones' Daario Naharis for three episodes before that whole weird recast thing) that rapidly veers off into a futuristic house of horrors situation controlled by Gary Oldman - sorry, Tau, but, you know, voiced by Gary Oldman.

Read this: The X-Files does smart home disasters that can kill

The film's key player, Julia (Maika Monroe), seems to be consistently and thoroughly hassled by the computer about completing tasks before she's allowed to leave. And, obviously, these aren't the same chores you get pestered about as a teenager, like taking the bins out or mowing the lawn - instead appearing markedly more emotionally scarring and bloodbath-y.

At the very least, it appears to be an interesting, dramatic take on how smart and dangerous AI could eventually become if we don't set some boundaries and keep it on-side. And, in fairness, Amazon Alexa allegedly said the unprompted sentence, 'Every time I close my eyes all I see is people dying', to one user earlier this week, so maybe the folks over at Netflix are right to serve up a fresh take on how smart home speakers and assistants could eventually cripple mankind - even if it's just to keep people vigilant.

Anyway, you can look forward to this film being referenced within every smart AI story you read after it lands on Netflix on 29 June. You know what we say? Come for the forecasting of your future death, stay for the overarching trope-a-thon, 'nobody's coming to save us' line and inevitable pull into the abyss from behind.