No app? No worries 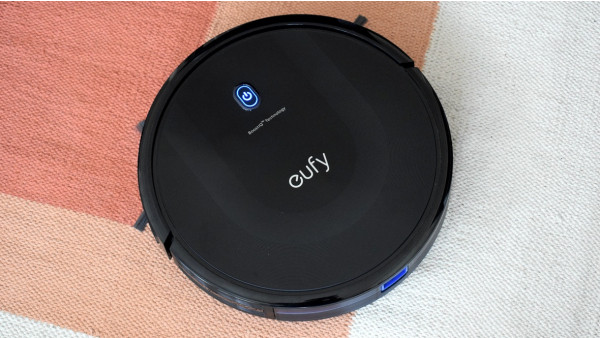 There's no denying robot vacuums are getting smarter, but are they actually getting better at cleaning our homes? Eufy's RoboVac 11S Max robo vac scales back on connectivity and pushes ahead on power, promising a deeper clean for your carpets and less choking on hairballs (if you've used a robot vac, you know what we're talking about).

But like many other Eufy products, the RoboVac 11S Max is also aiming for the buyer who's as conscious about budget as dust mites. At just $200, it's considerably less expensive than most of its competition ŌĆō it's even cheaper than the "affordable" Eufy RoboVac 35C, the last we tested from the company.

That's largely because the 11S Max misses a key component of the 35C: Wi-Fi connectivity. Yup, this little guy doesn't even have an app. What does that mean for using the RoboVac 11S Max? Here's our full review.

We used to think a black, shiny circular robot vacuum was a symbol of the future, but over time we've come to see the errors in our thinking: circular robots just cannot deal with corners. It's why iRobot's new Roomba S9 has moved to a D-shaped design, and it's not the only one to take on a more geometrically-sensible shape.

Eufy's RoboVac 11S Max is a perfect circle, but at just 2.85 inches tall it's shorter than our Roomba 980, which allows it to reach areas Roomba can't. And despite its round shape, the 11S Max can clean along edges (it's skirting the front of an oven as we write this), but the two side brushes extend out only by a couple of inches, which isn't enough to get into those 90-degree corners.

The benefit of not having an app or Wi-Fi connection is that setup is lightning-quick. We plugged the dock into the mains, the RoboVac into the dock - and away we went. One thing we haven't yet mentioned is the remote control, which can be used to start/end jobs, control suction power, and perform other functions we'll get onto later. You'll just need to pop in a couple of AAA batteries. Don't worry, they're included.

To start a job, you can either hit the power button on the vacuum itself or push the start button on the remote. The remote gives you other functions too, including the ability to increase the vac's power. 'Standard' is the norm but you can up it to 'BoostIQ' and finally 'Max'.

We tended to only turn it up when it was time to clean the rugs, and to its credit the 11S Max has managed to work out most of the dirt it's come up against. Eufy claims the suction maxes out at 2000Pa, a little higher than the Roomba 980 we also use, which tops out at 1,700Pa. So to go back to our opening question: yes, Eufy is at least improving the quality of the clean here.

There are other buttons, too. The scheduling button lets you set a time for the vac to clean each day, but sadly it does have to be every day; there's no way of selecting certain days/weeks etc.

The U-turn button does exactly that, sending the bot back on itself. But our favourite button is the one with a swirl on it ŌĆō this causes the vac to circle the same spot, for when you really need to coax out some grime.

The other thing we love about the 11S Max is just how quiet it is. Our Roomba sounds like a small 747 running across the apartment. Pump up the suction power to 'Max' and the Eufy starts competing on decibels, but in standard mode it slides over our hardwood floors with little racket.

And while this is a smart home site, and we probably shouldn't say this, there's been something refreshing about not using an app. No accounts to set up. No connection drop-outs. No one trying to take your data. Some days, we didn't even use the remote.

But this comes at the cost of features we've come to enjoy in other robot vacuum cleaners, the big one being that the 11S Max can't "learn" the layout of your home. It just has to feel its way as it goes along each time. Sure, it means every clean is a new adventure for the 11S Max, but that also means it's just randomly pinballing its way around the house.

It can make the 11S Max feel awfully dumb at times, especially when we found it choking on yet another cable or lodged between two chairs again. The apartment we tested it in isn't very big, and a lot of it is hardwood floor, so the 11S Max can mostly cope with it; but for larger homes with more rooms we can see it taking longer to navigate its way around.

We also do have one frustration with the remote ŌĆō it's infrared. So, if the 11S Max was in another room when we wanted to send it home or change its setting, we had to go hunt it down.

On several occasions, we ran the 11S Max for as long as it could go, and each time we got a couple of hours before it needed to recharge. That's actually pretty good, and just about enough time for it to bounce its way around the apartment and hit every room.

When its power is running low, the bot will try to find its way back to the charging dock ŌĆō "try" being the operative word here. Again, because it doesn't know the layout, it becomes a race to ricochet its way into the dock before its battery completely depletes. Alternatively, there's a button on the remote that will also send it scuttling home.

The lack of app also means there's no way of knowing when the dustbin is full, so it's a case of just checking it from time to time. At 0.6 liters, it can store a decent amount of muck, but chances are you'll need to empty it after two or three jobs.

Eufy RoboVac 11S Max
If you're looking for a robot vac on the cheap, Eufy's offering one that's powerful and has a good battery life. But the lack of app means it's not all that "smart". Perfect for sweeping an apartment, certainly, but not one we'd recommend for larger homes with more complicated layouts. For a bit more money, you could get something that learns its way around.
PROS
CONS
TAGGED    robot vacuums    smart home