Wyze Robot Vacuum review: Cheaper and smarter than the competition

With LiDAR, mapping, virtual walls, this is the best bot for under $250 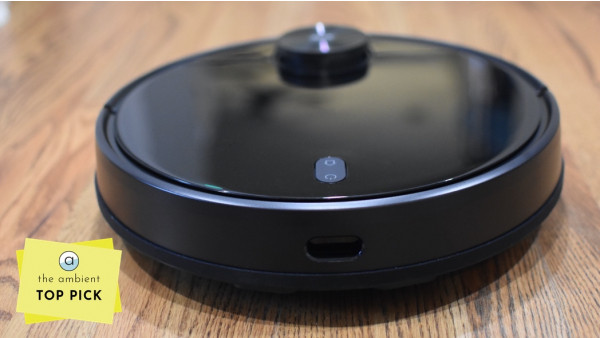 Oops, they did it again. Wyze, the industry-disrupting smart home company that forced down the price of Wi-Fi cameras, has entered the high-end robot vacuum market with a sub $250 bot that does almost everything the big, expensive boys do.

The Wyze Robot Vacuum totes features like LiDAR and smart mapping usually only found on cleaners twice the price.

It boasts "Recharge and Resume," SLAM (simultaneous location and mapping), virtual walls, and room-by-room cleaning, and some serious suction power. Plus, it won't break your wallet.

At $249 plus shipping, it's the most expensive product in Wyze's line-up by a long shot, but when it comes to vacuum robots it's dirt cheap.

The only cheaper bot we've tested is the Yeedi at $199, but it's a very bare bones option. (If you're a Cam Plus subscriber you get special pricing).

For room mapping, virtual walls, LiDAR and "Recharge and Resume" all in one package, most comparable offerings from the big names are well into the $400 or $500 territory.

Price when reviewed
$268
Buy on Amazon

So, how does this budget bot stack up against the Roomba's, Eufy RoboVac's and Roborock's of the smart home world? We've been testing one out for a few weeks now. Read on for our full review.

Surprisingly for a Wyze product, this looks like a premium product. In fact, it shares a lot of design features with the sleek Smart 360 S7 Pro I recently reviewed (and highly recommend).

The large, glossy body and innovative charging base are the same, but Wyze has a slightly smaller 550ml dustbin and no mopping option.

That big, shiny body - about 14 inches round - does attract dirt and fingerprints like a magnet, but helps accommodate at large 3200mAh lithium ion battery that gets you an impressive 110 minutes of run time.

The wide berth does mean it struggles occasionally to get into tight spaces, but at only 3.7 inches high, including the tiny LiDAR tower on top, it can fit comfortably under low furniture.

There are two buttons on top - power and home. Power starts or pauses cleaning and turns the vacuum off and Home sends it back to the charging station. There's no Spot Cleaning button (and none in the app either).

Most of the top lifts up to reveal the removable bin, and a small cutting tool to help clean the brush. Underneath are a side brush and a relatively small brush roll.

Here you'll also find the rest of the vacuum's seven sensors, including cliff sensors, collision sensors, and a gyroscope. Underneath the hood a 4-Core Cortex A7 processor powers the bot's brains helping it clean your space efficiently using an impressive 2100 pA of suction.

The charging station is the most notable design difference here. Wyze opted for a more compact base, dispensing with a flat tray your vacuum must mount to charge, instead going with a smaller footprint. The base is a small rectangle with two electrode strips on one side. The robot has corresponding ones and it bumps them gently to charge.

Setup was simple - plug in the charging base, charge the vacuum, and pair to Wi-Fi (2.4 GHz) using the Wyze app.

Wyze didn't skimp on the brains here, offering a ton of great features including LiDAR-based mapping and obstacle avoidance, editable maps, room specific cleaning, recharge and resume capability, virtual walls, scheduled cleanings, cleaning logs, Simultaneous Location and Mapping (SLAM) so the bot knows where it is and where it's going, and three suction options.

What's currently missing is spot cleaning, any advance cleaning customization (the option to clean a room twice, for example), and integration with voice assistants or smart home systems (other than Wyze's own Rules engine).

As a LiDAR vacuum, the robot navigates around obstacles using sensors, rather than bumping into things and then going around them.

This is excellent if you hate having to clean up before you run your bot, as it means it's less likely to get stuck on things. However, it also means it won't go through things like bed skirts or sofa shams, as it sees the fabric as an obstacle.

In use, the Wyze vacuum did an excellent job of getting around our large downstairs office/bedroom/mudroom/bathroom area in record time - 360 square feet in 47 minutes.

It rarely got stuck (after we set some boundaries in a couple tricky spots) and quickly mapped the space before intelligently navigating it.

The process involves starting by running a circumference route of the room and then methodically moving up and down to cover the interior (you can watch it do this in real time in the app.)

It was so fast that it did leave behind a few obvious patches of dirt - including a pile of sand we'd scattered near a wall. We needed to send it out 3 times before it got everything.

It's large battery did cope with that, but we weren't keen on having to babysit it - and would like to see the option of a setting to clean an area twice.

One of the issues here is its teeny tiny brush. It's a big, wide bot with a very small mouth, so even if it passes over a large patch of dirt it won't get it all unless it repeatedly goes over that spot, which it doesn't do. There's no dirt detection feature to tell it when it needs to try a little harder. There's also no carpet detection - so it won't suck harder on a rug than on hardwood.

The three suction levels also didn't seem to have much between them, with the Quiet level being only marginally quieter but noticeably less efficient, so we opted to stick with Strong. This didn't seem to impact battery life much at all, but even when it got low it was able to trundle back to its base to recharge before heading out again.

We were very impressed with this bot's maneuverability and navigation skills. Two tank-like wheels meant it could handle our large room divider that routinely stumps other robot vacs with no issues, breezing over it. It also always found its way home, even though our space is something of a maze - with seven different "rooms."

While it ably navigated large obstacles and even managed to avoid eating some socks - it did struggle repeatedly with cables - a problem that plagues most robot vacuums. But Wyze doesn't have any anti-tangle tech here at all, so you will need to take charge of your cable clutter.

The Wyze Robot Vacuum uses Wyze's main app, appearing on the Home Screen along with any other Wyze products you have. You can rearrange the order they appear, and by tapping on the vac's icon you get to your main control screen.

Here - once the bot has created a map after its first run - you can tap on a room, or multiple, to send the bot to clean that space, or hit Clean to tackle the whole area.

A Settings icon gets you to your options, which include suction levels and notifications, plus the ability to set schedules based on time, date and customizable by suction level and rooms. Note, if you change your room configurations you will need to redo your schedules.

Virtual boundaries are set on the main screen and show as red boundary boxes. Boxes are the only option - there's no lines. And while you can make the boxes skinny, you can't make them anything other than vertical - no diagonals. If you need a diagonal space blocked off you can create rooms inside rooms, and then tell the bot not to vacuum that room. But this is a bit of a faff.

Maintenance wise, all the regular stuff needs to be done. You need to empty the decent-sized bin after every few runs (there's no full bin notification so you just need to check). It's a bit tricky to open up, but easy enough to empty.

The app has "usage times" for each accessory - including the main brush, edge brush and HEPA filter. It will send you a notification when you need to replace them and you will be able to buy replacements direct from the app (once they're available, no details on pricing, yet).

There's no digital assistant support yet - which is a big disappointment, but Wyze has said it's coming. We just hope it includes voice commands to clean room-by-room - a killer feature only available on some of the high-end bots like the Roomba i7 and S9.

Wyze Robot Vacuum
This is an excellent robot vacuum, and would be if it cost $400, which is what most bots this good cost. At $250 it's an absolute bargain. And with Wyze's reputation for improving on its software and offering new features on a regular basis, the chances are it will only get better. Our biggest complaint is that the brush is pretty small, so it doesn't clean as well on one run as we'd like. There's also no spot cleaning or digital assistant support - and if those features are important to you look elsewhere, for now. Otherwise, the Wyze Robot Vacuum is easy to recommend, and you'll be very happy with it.
PROS
CONS
TAGGED    robot vacuums