The week in smart home: Google may rebrand Nest

A look back at the week's smart home news 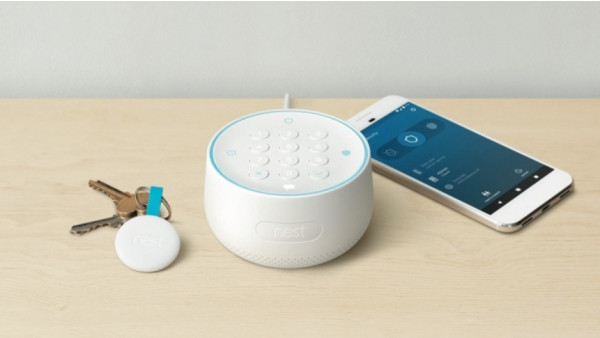 The smart home world has been busy as ever, especially with Samsung holding its developer conference this week. Bixby and SmartThings were the big stars there, of course.

While Bixby hasn't been the most popular smart assistant right now, Samsung's got big plans for its future. Like, for instance, giving Bixby Capsules, Samsung's version of Alexa skills. It's also putting SmartThings in as many devices as ever - even a Maserati.

Elsewhere, Comcast looks to be getting into the smart home game, using its broadband routers to transform TVs into smart home hubs. Then there's Schlage, which released a new smart lock that works with Amazon Key.

We also took a look at how roommates deal with smart speakers in shared spaces. But that's not all that happened this week. As ever, we've rounded up the week's smaller stories. If you need even more smart home news, go take a look at our dedicated news section.

Google and Nest have had a strange relationship, and it might take a new turn. 9to5Mac is reporting that Google is working on a rebrand of Nest and its line of products. We don't know why, and 9to5's source stresses that the plans aren't final yet.

Google bought Nest way back in 2014, and then in mid-2015 it spun Nest off into its own company under the Alphabet umbrella. This year, it brought Nest back into Google and folded it into Google's smart home hardware team.

The move was made to allow Nest and Google's hardware to work better together, and we've seen some of that. Google Assistant can do things like announce who's ringing your Nest Hello, for instance. The big question is whether Google thinks it can push forward in the smart home race by rebranding Nest products to match its growing Google Home line.

Apple updated HomeKit a couple of years ago to make it easier for manufacturers to update their devices for HomeKit. Wemo has taken advantage of this, using a software update to bring HomeKit to the Wemo Mini Smart Plug.

And now it's done it again by updating the Smart Light Switch Dimmer with HomeKit support. All you'll have to do is open up the Wemo app and update your firmware. Once you do that, you can connect it to HomeKit.

That's going to let you use Siri to control your Light Switch, add it to scenes and use it with the Home app. Just a word of warning: you may need to wait a little bit, as it's still rolling out.

Earlier this year, Amazon brought Echo and Alexa to Spain. Naturally, that meant that Alexa could now speak Spanish. However, Spain's version of Spanish is different enough from the Spanish used in other countries that Amazon needed to go back and do some work.

Alexa can now speak Mexican Spanish, and has been adapted to local Mexican phrases and customs. Thus, Echo and Alexa are now available in Mexico, while the Dot, Plus, Spot and Smart Plug are also on the way.

You'll be able to buy all these sweet new Amazon gadgets in Mexico starting next week, just in time for the holiday shopping season.

One of the major purposes for smart home technology is to help protect our homes. Smart doorbells, in particular, can act as way to keep our eye on our front doors. One Canadian dad did just that.

He received a motion alert on his Ring Video Doorbell and saw two men. One man was dressed as a utility worker while the other was wearing a baseball cap, glasses, and a dark hoodie.

"Initially I wasn't suspicious due to him being similarly dressed as utility and telecom workers in the area," he told Honey Homes. "My suspicion was aroused when the individual started banging on the door and looking into the house through the window on the door. He even looks at the video doorbell a couple of times."

They broke the door open and the dad reacted. He used the microphone feature on the Ring and told them to get away from the door. The two men were shocked and ran away. Score another one for smart home tech.