Sky Q: How to setup and use Sky's TV platform

Everything you need to know about Sky's Wi-Fi mesh system 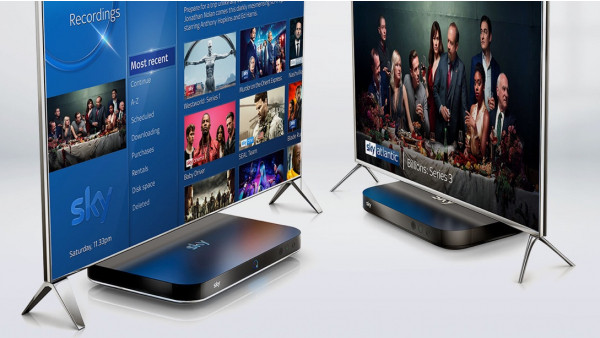 You'll find plenty of guides online about Sky's Q, the British company's latest TV platform. And while our variant will cover some of the basics of the satellite TV aspects, we're more concerned with the smart features of the setup, and how the system can help to make your smart home better by creating a powerful mesh network.

There's much more to Sky Q than simply watching your favourite channels. Sure, you can do that ŌĆō all the premium sports, movie and entertainment packages are on offer in glorious Ultra HD (now with HDR) ŌĆō but there's another side to Sky Q away from watching live television, on-demand shows from the likes of Netflix and Disney+, or viewing recorded programmes from your planner.

Firstly, we should say that you don't need to have Sky broadband (via the Q Hub) in order to get a Sky Q box setup on your TV. However, for the sake of getting the most from the system as a whole, we're going to focus on just that ŌĆō the whole system.

With that said, let's get on with taking a deep dive into the Sky Q system. Read on for an essential guide to maximising your powerful home networking and multimedia system.

Sky Q: How it works

The offshoot of the main Sky Q box is the Sky Q Mini box which goes in additional rooms, and lets you get Sky TV on three TVs at a time with the 2TB box, or two with the 1TB box.

What you record, download and watch on one box is completely consistent with what you'll see on other boxes ŌĆō there are no separate planners any longer. You can even pause on one box and start playing from that point on another.

It's only the main box that receives a wired feed (two feeds, actually) from the satellite dish on the side of your house. So you don't need to worry about running coaxial all around your home. The main Sky box streams everything to your Mini boxes using 5GHz Wi-Fi. Clever stuff, eh?

The final component is the Sky Q Hub ŌĆō the router (and modem) that powers all the internet connectivity of the system ŌĆō a dual band 2.4/5GHz 802.11ac/n machine which, annoyingly, only has two Ethernet ports, but does work with both fibre and copper.

You might read about the Sky Q Hub's Powerline prowess. However, while Sky did indeed build Powerline skills directly into the original Q Hub when it went live back in 2016, there's no official support for it. It does work with third-party Powerline systems though ŌĆō such as TP-Link's ŌĆō so long as your internal wiring is all in order.

In terms of connecting up your smart home tech, the good news is that it isn't just the Sky Q Hub doing all of the Wi-Fi leg work. Every component of the Sky Q system ŌĆō whether that's one of the main boxes or a Q Mini box ŌĆō acts as a node within a home Wi-Fi mesh network.

Now, if you're not quite sure what that means, be sure to read our comprehensive explainer of whole home Wi-Fi mesh systems to get up to speed.

Essentially, the idea is that, unlike repeaters and extenders that just relay a router's Wi-Fi signal (with deterioration), a mesh's nodes communicate with each other so that even the one furthest from the router has a great signal as it jumps around the system, from one node to another. It's not just a one-to-one signal from a device back to the router.

The Sky Q system ŌĆō powered by AirTies ŌĆō uses a combo of the 5GHz and 2.4GHz spectrum to fire signals around between the router and all of the different boxes, and to and from your Wi-Fi enabled tech. Every box is, therefore, a hotspot, and your devices will use whatever signal is strongest. For example, if you're sitting in your living room, checking email on your iPhone and you tell Alexa to turn down the brightness of your Lifx smart bulb, those three Wi-Fi devices will all grab your living room Sky box's connection.

But you don't need to worry yourself with the tech in the background. The network name remains the same (same SSIDs, different BSSIDs, if you want to get technical) and your devices will hop between hotspots for the best signal.

A mix of the main box, the Hub and one or two Minis scattered around will probably be enough to create a home with a strong Wi-Fi signal in every room. But for bigger homes ŌĆō or, at least for house with rooms not in close proximity to a room with a Sky box in them ŌĆō the mesh system might need a little help.

That's where the Sky Q Booster comes in. Looking a heck of a lot like the Q Hub, it simply plugs in and becomes a new node in the mesh system, so best to place it near to where the Wi-Fi signal struggles the most. Setting it up is as easy as plugging it in, pushing the WPS button on it, and then the WPS button on the Q Hub. Again, it just becomes part of the home network, broadcasting its own 2.4 and 5GHz BSSIDs.

The Booster actually serves two purposes. The first, improving Wi-Fi coverage, we've focused on already, but it can also help with any streaming issues you might have between the main box and a Mini. If you are experiencing stuttering on a Mini box ŌĆō or you're seeing a "You can't watch TV right now as there is a connectivity problem" error on screen, then placing a Booster halfway between the two Sky boxes will probably sort out any problems.

Failing that, you could always use Ethernet on the Mini ŌĆō but more on that in a bit.

You may have heard Sky Q's boast of "fluid viewing" in its advertising. The satellite giant is referring to what we mentioned before ŌĆō watching something on one box and picking up from where you left off on another.

However, you're not limited to doing this just on TVs with a Sky box plugged in. There's a revamped Sky Go app (iOS and Android) which offers up live TV streams, as well as access to all of your recordings and on-demand services. As with the boxes, you can simply un-pause from where you left off watching a show on another device.

You can watch back on two apps at a time (in your home) paired to the 2TB box, and you can even download and store some shows for watching on the go.

Don't be scared by the little tab covering up the Ethernet port on the back of your Q Mini box. The system works just fine over Ethernet and, very recently, the system was updated to default to a wired connection if a live Ethernet cable is plugged in.

A good example of where a wired Sky box might be useful is for a garden office, where the Wi-Fi signal from the house doesn't quite reach. If you have an Ethernet cable running from the router to the remote location, you can wire up a Q Mini box for internet connectivity and then get it broadcasting its Wi-Fi signal around.

Sky Q: Extra smarts and Netflix / Disney Plus on Sky

The Sky Q box packs in live TV, on-demand TV from the likes of BBC iPlayer, All 4 and the ITV Hub, has online video channels from a range of sources including Vice, FailArmy, Wired, Tastemade, Copa90 and more ŌĆō and also has YouTube and Vevo apps natively on board.

Netflix is also available for Sky Q customers, with UHD streaming and your existing profiles invited to the party. You can sign in and sync up your accounts to access Netflix through an app within the Sky Q platform and, if you're not currently a Netflix subscriber, then you can add Sky's new Ultimate On Demand service to your plan for an extra ┬Ż10 per month - that gets you all the Netflix stuff alongside Sky's box set selection of over 400 series. The big win here being that you'll see Netflix shows alongside your regular Sky on-demand options from within the EPG.

The 'level' of Netflix you get with this ┬Ż10 plan depends on your Sky subscription and equipment. If you've got a Sky Q Entertainment package that gets you NetflixŌĆÖs HD two-streams-at-a-time plan. If you have Sky QŌĆÖs premium subscription or Sky Q Experience (multi-room viewing and Ultra HD), and you use a 2TB Sky Q box, you'll be able to tap into NetflixŌĆÖs Premium plan (Ultra HD, 4 streams).

Disney+ is also available as an app through the Sky EPG - although we'll have to wait until later in the year for Netflix-style integration into the menus and the like.

The Sky News and Sky Sports apps allow you to handpick the bulletins you want to see, based on your interests, favourite teams and the like, and there's also a My Photos app that can grab your pictures from a tablet, PC or your Facebook account.

The Sky Q boxes are all Bluetooth and AirPlay speakers in disguise too ŌĆō with you able to ping over your tunes from your computers, smartphones or tablets (not AirPlay video mind, just audio). And there's good news as Spotify has gone live on Sky recently as well.

All this is great if you've got a decent audio system hooked up to your TV, and Sky is making things easier on that front too. Last year the company started offering customers a re-badged Devialet Sounbdbox speaker for just ┬Ż299. It's ridiculously good value for such a meaty speaker from a trusted audio brand.