4K World Cup 2018 guide: How to watch, what you need and the best compatible TVs 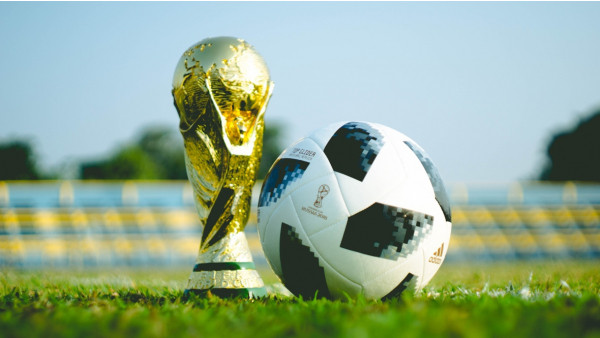 It's coming home apparently. Optimism aside (England are destined to get knocked out by Colombia in the last 16), you really should be watching the World Cup in 4K on your smart TV.

Since this kind of opportunity only comes around every four years, you donŌĆÖt want to be shortchanged with standard definition.

Those in the US have the opportunity to max out their picture for the World Cup with a variety of 4K options. And thankfully, the BBC's World Cup 2018 coverage is being shown live in 4K UHD to for those in the UK.

Despite this, achieving the optimal viewing experience isn't as clear-cut as it may seem.

In short: you wonŌĆÖt be able to flick across to any old compatible channel and receive top picture quality ŌĆö youŌĆÖre going to have to be, ahem, on the ball and have the right kit at your disposal. That's why weŌĆÖre here to guide you. So, whether you want an idea of the best TVs to watch the World Cup in 4K, or simply need information on how to get the best quality from your existing setup, read on for all the answers.

Where can I watch the World Cup in 4K? (UK and US)

LetŌĆÖs kick things off for those in the UK, whose only option for 4K is tuning into the BBCŌĆÖs coverage. The broadcaster is showing all of its 29 World Cup matches in Ultra HD and HDR through the BBC iPlayer, but the key thing to be aware of here is that that not everybody is guaranteed entry to the highest quality.

ThereŌĆÖs only a limited number of spaces available (in the tens of thousands) on a first come, first served basis for each game. In theory, it's a "trial". In reality, it's "annoying". However, we're now well into the tournament and there hasn't been reports of people not being able to get involved in the 4K party.

But what about through terrestrial means? Well, thatŌĆÖs a non-starter, unfortunately. The BBC doesnŌĆÖt have enough bandwidth to push the games through its traditional platform, and neutrality rules allegedly prevent it from being able to air games over cable or satellite, even though there are whispers to suggest Sky was willing to back the 4K broadcasts to its UHD subscribers at no cost to the BBC.

If your TV is on the BBC list, or you've got a Roku Streaming Stick+ plugged in, here's what you need to do to get the 4K stream on your TVŌĆ”

If you've got a compatible device but aren't seeing the game as an option, head to the iPlayer's settings, and scroll down to 'Try new features in iPlayer BETA',

Obviously, these factors greatly limit who will be accessing the 4K HDR World Cup streams, but it's a slightly more manageable situation for those in the US.

If you want to watch 4K HDR Stateside, there are a few options that are far simpler. If you're a DirecTV subscriber, you'll be able to watch every game in glorious 4K HDR via channels 105 and 106. Unfortunately for everyone else, it seems DirecTV has attained exclusive rights to show all the games in 4K HDR. The only other satellite or cable alternative is Dish Network, but that'll only get you 56 of the 64 games. You can catch those - in 4K HDR - on channel 540.

Finally, there's Hisense's Fox Sports: 2018 FIFA World Cup Edition app, but that's exclusive to Hisense TVs only - regardless, it's a good option if you don't have a subscription to either Dish or DirecTV.

If you're not overly concerned about live action (a questionable move on your part), you can always catch up on games through Comcast's Xfinity X1 platform, which will be taking coverage from Telemundo and Fox and letting you play it on demand the day after the live games have taken place.

As you can probably tell, thereŌĆÖs none of this trial business going on in the US, either, so you wonŌĆÖt have to compete with other viewers just to get on board with your preferred option.

It goes without saying, but, hey, weŌĆÖll say it anyway: you need a 4K TV to stream the World Cup in 4K. Shocker, right? For the uninitiated, these TVs are generally 2160p, which means a resolution of 3840 x 2160 pixels, while there are also some overkill, 8K equivalents you can explore too.

But picking up the right TV isnŌĆÖt the end of the story. Again letŌĆÖs cover off the UK viewers first, who can also check out the list of compatible TVs with the BBCŌĆÖs coverage here. You'll see that it's far from a comprehensive list. Many top-end models, from big name brands, aren't invited to the World Cup 4K party, and there are errors within that list to be wary of. It's also possibly not complete, with the Roku Streaming Stick+ and a group of Sony's 2018 range added in the week leading up to the big dance.

The Roku Streaming Stick+ is actually a brilliant option if your TV isn't on the list - we've been using one for all the BBC 4K games and have had no issues so far. It's less than ┬Ż80... well worth the money in our opinion.

And sadly, if you thought your biggest problem was getting in, well, youŌĆÖre also going to need a broadband connection strong enough to churn out speeds of 40Mbps if you want the max, 3840 pixel stream. If your connection can only manage 20Mbps consistently, that will drop down to 2560 pixels. These streams will automatically scale to match your broadband capabilities, with all resolutions using 50 frames a second refresh rates.

In the US, as we mentioned above, your live 4K options are a lot wider. If you're choosing to go with down the Hisense route, then youŌĆÖre going to need one of the companyŌĆÖs premium Ultra HD TVs, including the H6E, H8E and H9E.

If you're a DirecTV subscriber, you'll need a Select package or higher, plus a compatible Genie 4K HDR receiver. Of course, you'll have needed your satellite system professionally installed as well. If you're a Dish subscriber with a 4K-compatible receiver and TV, you're good to go.

Excited? Indeed you should be ŌĆō especially if youŌĆÖve already got one of the TVs on the BBCŌĆÖs list or youŌĆÖre all set Stateside. If not, no fear ŌĆō weŌĆÖve chosen our five top 4K televisions to watch the World Cup in UHD on.

Really want to impress your mates this summer with an absolute TV monster? Then look no further than the OLED-tastic AF8. With picture and sound quality the same as youŌĆÖd find on SonyŌĆÖs more ŌĆśfunkyŌĆÖ looking A1, the screen itself actually provides the audio thanks to the Japanese giantŌĆÖs Acoustic Surface tech.

Samsung has led the way on the LCD-front with its QLED tech, and the Q7 shows LCD has plenty of life left in it yet. Colours are bold and vibrant, and the peak brightness this TV is capable of means HDR looks stunning.

If you live in the US, youŌĆÖll need a Hisense TV for that Fox 4K app, and the good news is they come in pretty cheap. You can get a 43-inch set for less than $350 ŌĆō which is great value for a HDR TV.

This Philips Android OLED TV packs in the P5 picture quality engine to digitally optimise everything you view, and Ambilight tech means a more immersive picture too, emitting a wide glow from three sides of your TV screen onto the wall.

LG claims this TV is great for people not in the best optimal viewing angle ŌĆō which is likely if you've got a room full of your pals all watching the game. That's thanks to the Nano Cell Display tech, which enhances off-centre colour consistency and reduces colour distortion due to viewing angle.