How to set up Routines with Google Assistant and Google Home

Get your smart speakers and smart assistant doing more with less 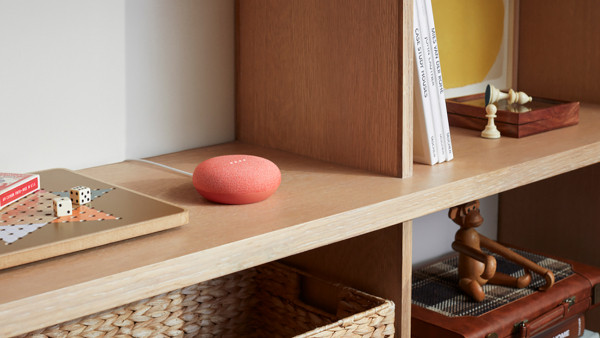 The Ambient is reader-powered. If you click through using links on the site, we may earn an affiliate commission. Learn more
David Nield
@davidnield
Wednesday

Google Assistant is a smart digital helper, and getting smarter all the time, but it's when you start creating Google Home Routines that the magic really happensŌĆöthey let you bunch together all kinds of smart home actions under one simple command.

One obvious example is saying "goodnight" to your smart speaker and having all your lights go off, the doors locked shut, and ambient noise starting up in the background... or whatever your particular night time Routine is.

Here we'll guide you through the process of setting up Routines with Google Assistant, from taking your first steps to building complex combinations.

You need to set up Routines in the Google Home app. After that, they'll work wherever you've got Google Assistant installed.

From the front screen of the app, open the Account tab (your avatar icon in the top right-hand corner), then choose Assistant Settings and Routines.

Now you're ready to get creativeŌĆöyou'll see some prebuilt Routines supplied by Google in here, as well as any you've already created.

Looking at existing Routines can give you a good idea of how they work. Tap Good morning, for example, to see what actions that command triggers: A weather and calendar report, most probably, unless you've changed the defaults put in place by Google.

If you're ready to make your own Routine, tap the blue + Add a routine button up top.

Next, tap Add commands to specify the commands that will trigger the Routine, and you can attach several: "off to work", "leaving for work", and "heading to the office" for instance. These need to be typed out as you'll say them.

Next, via Set a time and day, you can optionally set a Routine to run automatically rather than launching it with your voice.

You'll be asked to specify a day or days of the week, as well as a time when the Routine should run. If you want, you can have the audio output come out of one specific speaker in your home (so the kids don't get woken up by your bedtime podcast, perhaps).

Those are the triggers for the RoutineŌĆöa voice command (which is always required) and a time and day (which is optional). Next, you can set what the Routine actually does.

Routines have two components: actions to be taken (like turning on the lights) and media to be played (like a news summary). You can have either or both in your new Routine. Tap Add action and the app prompts you to specify Google Assistant commandsŌĆöfrom turning down the volume on a Google Home speaker to answering a maths question.

You can either type the command in directly or tap Choose popular actions to pick from a list (you don't need the "okay Google" bit). For actions that need extra configuration - like the number to send an SMS text to - you'll see a cog icon on the right, which you can tap to see the available options.

Let's say you want to adjust some of your Google Assistant-controlled smart lights, for example - tap the cog next to Adjust lights, plugs and more from the popular actions screen, and you can select the lights to include, and what to do with them.

Anything Google Assistant can do, you can include in a Routine. Start playing some music, start a timer, have the time read out, get a word or phrase translated, make a call, check your shopping list and so on. Just make sure you tap the Add button to confirm each one.

Not all these commands are suitable for Routines though: you need to think about actions that work well together, like turning the temperature up, turning your lights on, and reading out the weather forecast all at the same time.

When you've done your actions, tap Add media. Google Assistant can play music, news, radio, podcasts, audiobooks or sleep sounds, and again you've got cog icons next to each one to configure them further (to choose the artist or genre of music you want to hear, for example).

Actions and media can be added, removed, and edited as you go. When you're done, tap the Tick icon (top left) and your Routine gets added to the list.

To run any of your Routines, speak or type the trigger voice command into Google Assistant on any of your devices. Typically, the response will come from the same device, unless you've chosen to broadcast a message across all your Google Home speakers.

Editing Routines is as easy as finding and selecting them in the master list in the Google Home app. You can change the voice commands used, the actions taken, and the media played as needed.

Say you've got a good night Routine that plays sleep noises, for example: open it up, tap the cog next to Sleep sounds, and you can change the Routine to play a different noise (you've got ten to pick from). After making changes to any Routine, tap the Tick button (top right) to confirm the modifications.

You can only play one type of media (like news or music) but you can have multiple actions. To set which come first, tap Change order on the right, by the My Assistant should... heading, then drag the entries around using the handles to the side.

If you select one of your own Routines (rather than one of the preset Google ones), you'll see a trash can icon to the top right - tap this to delete the Routine if you no longer have any use for it.

You do need to go into the Google Home app to edit Routines, so you can't change them from Google Assistant on your phone or through a smart speaker for example. If certain Routines are on a schedule then again you need to go back into the app to change it.

No doubt Routines will improve in scope and capability as time goes onŌĆöjust like every other aspect of Google Assistant - but they're already very useful options to have, especially for starting or ending the day.

Home and Away Routines

Google has just began to introduce Home and Away 'presence sensing' Routines.

Home and Away Routines within the Google Home / Assistant ecosystem have been sorely lacking - especially since Google pulled the plug on the Works with Nest program.

Users will see the option to "Set up Home & Away RoutinesŌĆØ pop up at the top of their Google Home app homescreen and a new option for Presence sensing will appear in the settings menu.

Presence sensing - i.e. whether you (and your household members) are at home or out and about - uses your smartphone and native Nest smart home devices to configure the Home or Away status.

You will have to migrate from a Nest to a Google account to use this feature.

There's still no word from Mountain View on Google Home users being able to create routines based from third-party smart sensors; a feature we know is high on a lot of people's wishlist.