Amazon Echo Flex review: Alexa in every nook and cranny

Want Alexa in your home? Now all you need is a power outlet 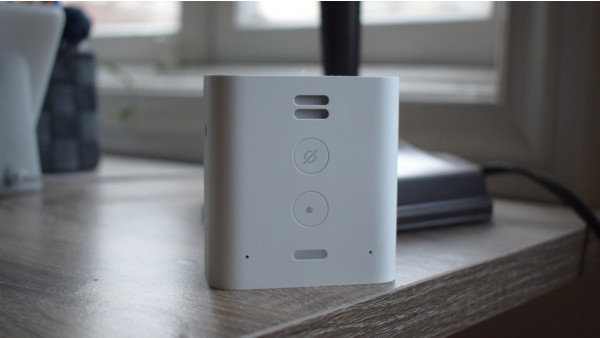 Alexa wants a place in all of our homes, but reaching total smart home omnipotence means finding a way into every nook and cranny. Enter the Echo Flex.

The Flex is a plug with Alexa inside, but itŌĆÖs not a smart plug, at least not by our usual definition. Rather, the Flex is a tiny Alexa speaker that plugs into an outlet and gives you another way to talk to Amazon's assistant.

Plug in one of its accessories and it can also function as a motion sensor or night light. DonŌĆÖt want either? You can use the USB port to charge your phone instead.

The Flex is ŌĆō actually yeah ŌĆō a flex: Amazon is now so confident in AlexaŌĆÖs usefulness that it wants to sell you a product that's little more than a microphone for the assistant. This is a total gamble on Alexa's utility.

But is it worth the $25 price tag? WeŌĆÖve been living with it to find out.

Until now, the Echo Dot has been the cheapest way to put Alexa in your home. So considering the Flex is half the price of the Dot, you should expect some drawbacks ŌĆō and design is one of them.

Price when reviewed
$24.99
Buy on Amazon

The 2.8 x 2.6 x 2 inch block has a very utilitarian look, and only comes in white. ItŌĆÖs basically a tiny brick that goes into an outlet, but that also means it won't be as in view as, say, an Echo Dot or Echo Show.

The front of the Flex has a button to activate Alexa along with a mute button, microphones, speakers, and a small LED that lights up when Alexa is listening.

On the bottom (or top if, like us, you prefer to orient it as such) is a USB-A port, into which can go one of the FlexŌĆÖs two accessories, the smart light and the motion sensor, which are sold separately for $15 each.

On the side is a 3.5mm audio jack, which is there should you wish to plug the Flex into a nearby speaker for improved sound quality. Alternatively, the Flex offers a Bluetooth connection, should you want to connect to a speaker that way instead.

Installation is a doddle. With it being one of Amazon's own devices, you simply search for it under the Devices section in the app and ŌĆō within seconds ŌĆō it will be connected to your account and awaiting instructions.

Amazon Echo Flex: Features and in use

The FlexŌĆÖs biggest drawback becomes obvious within moments of plugging it in: the speakers are truly cack; perfectly functional for hearing Alexa, but nothing more.

But we donŌĆÖt consider this a huge black mark against the Flex, simply because audio isn't its priority. The Flex is primarily about putting AlexaŌĆÖs ears in more places around the house, blanketing the dead spots left by other smart speakers.

This is Alexa at its most ambient, and we think the Flex works best in places like a hallway or a bathroom ŌĆō sports Alexa has, until now, had a harder time reaching.

Of course, the Flex can behave like any other Echo, giving you weather updates or the latest football scores. But more usefully, it gives you full control over your smart home devices and speakers. We've found the mic sensitivity on the Flex to be good, even when speaking at moderate volume across a room, although the smaller blue LED means it's less obvious when Alexa is listening.

But our favorite thing about Flex is the accessories. The night light will come on when it's dark, and you can ask Alexa to adjust its color and brightness. In our case, the Flex has found a home in the bathroom, where weŌĆÖve otherwise not been able to place a smart speaker.

While we don't necessarily need Alexa there, the night light has given the Flex a purpose. Clever, Amazon, clever.

However, the motion sensor is arguably more useful than the night light, letting you set up interesting "triggers" for Alexa routines. For example, you could set it to switch on your smart lights when it detects someone walking by, or even have it perform an action when motion hasn't been detected for a period of time.

Our only criticisms is that we wish we could have both the night light and motion sensor attached at the same time; it's a shame we have to choose just one.

Echo Flex
The Echo Flex makes Alexa more versatile and affordable than ever before. This is a way to bring the assistant to places in your home it otherwise wouldn't reach, and it could be a very smart play from Amazon. Just don't try playing music on it.
PROS
CONS