Amazon Echo Show v Echo Show 5: What are the differences?

We help you decide between the two display-packing Echo speakers 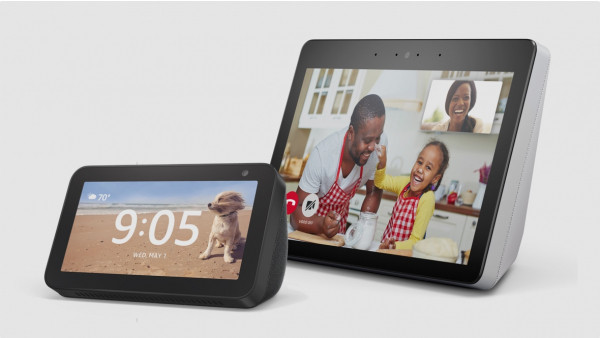 Amazon now has a veritable tsunami of smart speakers available for you to buy - but perhaps two of the hardest to choose between are the Echo Show and Echo Show 5.

As the names suggest, there's not much to split between these two smart displays, with both sitting in the same sub-family of speakers powered by Alexa. However, there are a few crucial differences to be aware of, if you're interested in picking either one up.

Below, we'll be comparing the two devices in their design, features and price, helping you decide which is better suited to your smart home.

While bearing a similar name, the Echo Show 5 actually represents a relatively distinct design departure from its bigger sibling. Not simply a shrunk down version of the regular, second-gen Echo Show, the 5 offers more of a squat, flat build. That said, it does house the same chunky speaker section in the rear.

Interestingly, from a privacy perspective, both come with HD cameras built in above the screen, though only the Echo Show 5 comes with a camera shutter - making it an ideal candidate to replace the Echo Spot on your bedside table. However, both devices, in our view, are solid-looking speakers that can be placed pretty much anywhere in the home. They're certainly a big upgrade on the original Echo in the design department, that's for sure.

And even that rear section we mentioned above isn't simply dead weight, adding ample sound quality on both. Naturally, with the regular Echo Show being the bigger of the two, it offers much better sound. Housing dual 2-inch drivers and a passive bass radiator, we've found it to be an experience that's good enough for general music playback in any room - and it's probably just about good enough for most people to make it their main speaker. It's similar with the Echo Show 5, which is a big upgrade over the Spot and surprisingly rich, though it does lack considerably on bass, in comparison. Perfect for a bedroom or worktop, but probably not as your main speaker in the living room.

Since both of these smart displays work from the same platform, there's not an overwhelming amount of difference to note.

At the base level, the voice assistant inside both speakers will answer your queries, keep track of reminders and alarms and even show you a live feed from compatible smart cameras and doorbells. Featuring on both are also new ways to delete your voice recordings - saying something like, "Alexa, delete everything I said today" will now see all your recordings wiped.

The biggest difference? The Echo Show 5's lack of a Zigbee chip. This means, unlike on the regular Show, you can't use it as a smart hub and connect external devices for your home (such as Philips Hue lightbulbs). It can still link and control them through the power of Alexa, but it doesn't forego the need for additional third-party hubs.

Aside from that, the software on-board is essentially the same, but shrunk. Echo Show Skills still need to improve on both Show devices, but you can access Amazon's own features, such as Prime Video, Alexa calling and Routines, and still tap into third-party services, like Spotify and Apple Music.

It makes the Echo Show 5 the cheapest way to get Alexa on a smart display, and also probably the best for those who want something on their bedside table.

If you're looking for an Alexa speaker with a display, you can't go wrong with either the Echo Show or Echo Show 5. However, they do fit two different kinds of buyer.

For those who want a device to act as their smart home hub, pump out respectable sound and don't mind it taking up a considerable bit of space on the shelf or kitchen counter, the standard Echo Show is the perfect device - providing you can muster the outlay.

The Show 5 ticks some of the same boxes, but ultimately falls into a different category. This isn't a smart home commander or a premium speaker like its bigger sibling, though it can still act as a more affordable alternative and a great way to get the voice assistant in your bedroom. Almost like the Echo Dot experience, but with a screen.

In our full reviews, we recommended both of these devices, but be sure to head over to both in-depth breakdowns to make sure you know exactly what you're getting yourself in for.

Amazon Echo v Echo Show: Which is best for you?

It's time for show or tell 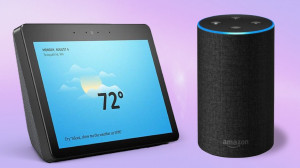 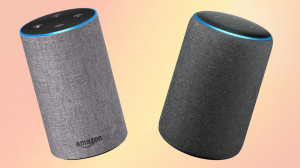 Amazon Echo v Echo Plus: Which smart speaker is best for your home?

We round up the differences and help you decide

We've tested both to help you decide 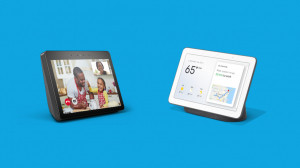 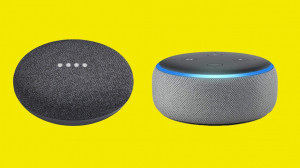 The affordable smart speakers face off