Amazon Echo Dot 2018 guide: Everything you need to know

Say hello to the next best-selling Echo 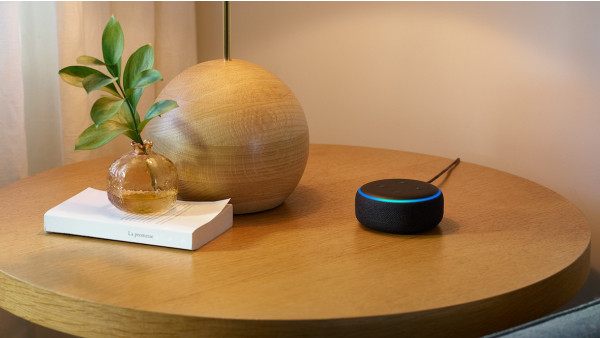 The Echo Dot has - far and away - been the most popular Echo device that Amazon has sold. The company has naturally noticed, but it hasn't given the Dot a full upgrade in a while.

Enter the 2018 Echo Dot, which is sure to continue the trend as Amazon's most popular Echo device. What's new, and when can you get it? That's what we're here for.

In 2018, Amazon is taking steps to updating the design of the majority of its Echo devices after giving the mainline Echo a fabric-based redesign. The 2018 Echo Dot also sports this new design.

Like the new Echo Plus, it sports a new top that gently curves into Alexa's iconic color ring, which then curves into the fabric sides. On the top of the device, you'll notice that the circular grill is gone in favor of four dots - the far-field microphones.

The new Echo Dot's design - and Amazon's new Echo design language, in general - is designed to better help your smart speakers blend into your home. If you've had an original Echo Dot in your home, you know that it kind of sticks out. It's a small puck, yes, but it's also tech-y looking - especially when you put it up against the new Dot.

The big new thing for the Echo Dot is premium sound. Amazon knows that one of the most frequent uses for the Echo Dot is music. In fact, it noticed an increase in Amazon Music use once the Echo Dot released, so it wanted to up the music level of the Dot. That's one reason it's so much larger than the original Dot.

Amazon says the 2018 Dot is 70% louder than the previous Dot. That's a big number, but when you realize that the new Dot has a 1.6-inch speaker rather than the 0.6-inch speaker in the old Dot, you can understand why it's so much louder.

That's really all that's new with the Echo Dot: Better sound and a new design. It's also notable that Amazon hasn't removed some of the beloved features from the original. You can still connect to other speakers via either Bluetooth or 3.5-inch audio out. You can also pair two 2018 Dots together to create a dual-speaker setup.

Amazon wants to make setting up a smart home as simple and easy as possible, and it calls that mission Frustration Free Setup. One step toward that is Wi-Fi Simple Setup, and the 2018 Echo Dot is one of the debut devices for the new setup, alongside the 2018 Echo Plus.

Wi-Fi Simple Setup starts once you plug in the Echo Dot and connect it to the Alexa companion app. The Wi-Fi Locker in the Alexa app then pushes your Wi-Fi information to the device. Everything then sets up automatically.

There's another device that works this way, and that's the new Amazon Smart Plug. The Echo Plus comes with a Philips Hue bulb to get a jump start on your smart home, and Amazon wants the Echo Dot to get people into the smart home too. So now you can buy an Echo Dot bundle with an Amazon Smart Plug.

The 2018 Echo Dot maintains the price of the previous generation: $49.99. It's available for pre-order now and will ship out starting 11 October. There's also the Amazon Smart Plug bundle, which will set you back $64.98.

That changes now, as Amazon has announced a brand new Echo Dot with a new design. It borrows from the mesh design that debuted on the Echo 2nd gen, and the top is less flat-top and more rounded.