Digging into Thread: The mesh protocol that wants to unite the smart home

What is The Thread Group and what does it mean for the smart home? 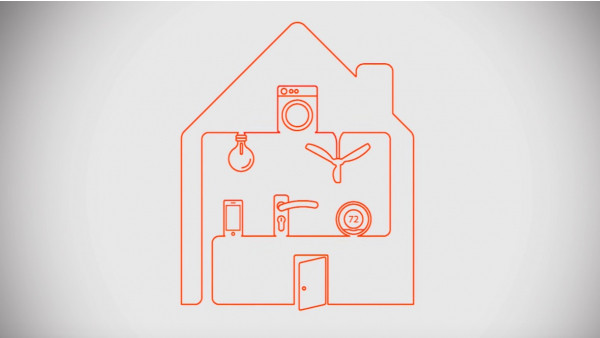 Instead, all of the attention has been focused on Zigbee and Z-Wave, the established standards of the smart home, and for good reason. There are a number of smart devices out and about that support both, and major players like Samsung and Amazon even make hubs for them.

But what exactly is Thread, why did Apple join them and what do they mean for the future of the smart home? Here, we explain all.

The Thread Group feels that it can be difficult to get devices to talk to each other, and that when they do talk, connections can be spotty and soak up battery life on mobile devices. Thread is therefore aimed at securely connecting devices without blowing through battery life.

Like Zigbee and Z-Wave, Thread can connect all your devices together in a giant mesh. Unlike Zigbee and Z-Wave, Thread doesn't require a hub to connect them. The devices connect to each other without a single point of failure, which also means the network can "self-heal." So if one device goes down or a connection becomes spotty, the network can adjust and carry on without breaking.

Right now, when you're trying to pool your smart home devices together into routines, you use services like HomeKit, IFTTT, Alexa and Google Assistant. They essentially act as remotes that make it seem like your devices are working together seamlessly. Like when you say good night and your door locks and your lights turn off.

Thread, on the other hand, would let your devices directly talk to each other. So your smart lights from Philips could talk to your from LG refrigerator without a hub or a service getting in the middle of it.

As for security, Thread uses smartphone authentication, which means you'll need to use your phone, tablet or computer to get things going (in a video, it looks like there's QR code scanning).

It also uses AES encryption, which Thread Group says closes holes that are present in other networking protocols. It's worth noting that Zigbee and Z-Wave also use AES encryption, though Thread also uses banking-class, public-key cryptography to back it up.

As for how many devices you can use, a Thread network in your home can support over 250 devices with multiple hops. Then there's energy use: Thread Group says Thread's power efficiency means that devices running on AA batteries will last for years, as it runs on the power-efficient IEEE 802.15.4 MAC/PHY and uses short messaging between devices to conserve power.

Who is The Thread Group?

The Thread Group is, well, a group of companies with an interest in developing and supporting Thread. Its board consists of big players from the likes of Google, Nest, Qualcomm, ARM, Somfy and Siemens.

Interestingly, one of its directors is also vice president at Silicon Labs, which is also behind competing Internet of Things protocol Z-Wave.

Anyway, The Thread Group isn't exactly a standards body. Instead, it considers itself a group focused on educating the market and developers on the benefits of Thread, hoping to expand its reach. It also does certifications on Thread technologies and products.

Thread Group's membership list reads as a who's who of the smart home world. There's Apple, Google and Amazon, which is important as they're the big three of smart homes. But just as important, there's D-Link, Eero, Kwikset, LG, Lutron, Nest, Bosch, Samsung, Signify (formerly Philips Lighting), Somfy, Tado and Yale.

These members get to approve things like the Group's budget, have a director on the board, test the technology and more. Basically, if a company is a member of The Thread Group it's definitely exploring the technology as something to include in the future.

The one potential drawback of The Thread Group is that there's a heavy Google and Nest presence, right up and down the board. This could be an area of concern in the future, as Amazon, Apple and Samsung would essentially be pushing a Google-backed standard. Thus far it hasn't been a problem, but there are also not many Thread devices out in the market. Speaking ofŌĆ”

Are there any Thread devices?

Here's the thing: Thread can be added to nearly any device with a simple software update. As long as these devices support the 802.15.4 protocol then they can be upgraded to support Thread.

First, it's important to note that there's a difference between Thread-certified and Thread-ready. Thread-certified products are devices for developers to experiment with on projects. Thread-ready devices are traditional smart home products, and you might already have some in your home.

That's because Nest uses a combination of Thread, Wi-Fi, and Bluetooth to get its devices to talk to each other. It's been doing this since way back in 2016. You can thus see all the potential benefits of Thread in the Nest Guard, Protect and Detect devices.

Each of these Nest devices can therefore talk to each other and act as a hub for the Nest. During our review of the Nest Secure, our power went out and our entire security network, which includes the Guard base and Detect sensors, worked perfectly fine on battery power. They were still able to talk to each other despite our Wi-Fi being down.

Unfortunately, there aren't many other Thread devices out there that you can get to talking with Nest's devices, so we can't really see the full potential of the Thread smart home until other manufacturers get to it. Hopefully, now that Apple is part of the group, we'll see it jump into Thread in a big way.