Amazon Alexa won't serve you voice adverts - not yet anyway

Or at least not when you're playing Jeopardy 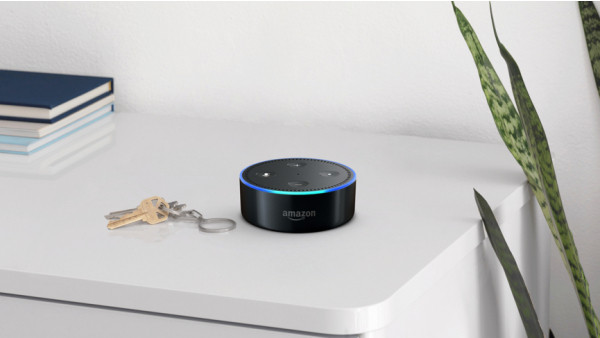 Rumours are swirling once again that Amazon is looking to add voice adverts - or sponsored messages - to Alexa, specifically when people are already voice shopping via their Echo. But a new report in The Information details how Amazon has told at least one developer that it's not allowed to insert ads into an Alexa game.

According to the story, Sony asked Amazon if it could add adverts into its popular Jeopardy! quiz game skill and Amazon refused on the basis that this could alienate Echo users and cause them to play the game less.

Read this: The best Amazon Alexa skills to try

In response to these reports, an Amazon spokesperson told us: "There are no plans to add advertising to Alexa... All third party Alexa developers have access to our Alexa Skills Kit policy which includes guidelines around advertising in Alexa skills."

On the issue of how third parties can make money from building Alexa skills, Amazon provided this comment:

ŌĆ£Customers expect a delightful experience with Alexa, and it is our top priority to maintain that experience. Companies, designers, and developers are paramount to creating that unique and compelling voice experience, and we encourage continued innovation within our policy guidelines. Outside advertising, developers can take advantage of other voice-first monetization opportunities including in-skill purchasing and though Amazon Pay. Developers can also earn money for eligible skills that drive the highest customer engagement through our Alexa Developer Rewards program. We will continue to explore ways for developers to monetize in the future while maintaining the best possible experience for our customers."

In mid-2017, a startup called VoiceLabs was beginning to build a voice-centric ad network for Alexa and Google Assistant but Amazon ended up changing its policy. Now only skills which stream content, e.g. podcasts could include advertising or sponsored messages. What's more, adverts are forbidden from using the Alexa voice.

VoiceLabs has just launched a voice shopping tool and seems to be waiting to see what moves Amazon and Google - which removed an unpopular Beauty and the Beast 'suggestion' from Google Assistant - make in terms of helping brands and devs make money from skills. This could instead mean in-app shopping in branded skills that have another function e.g. recipes.

Would you be happy to hear Alexa ads when you're shopping? Or are you against any voice ads?