What we expect to see at Amazon's September event, and what we don't

Amazon's holding another big Alexa event. Here's what might be comingŌĆ” 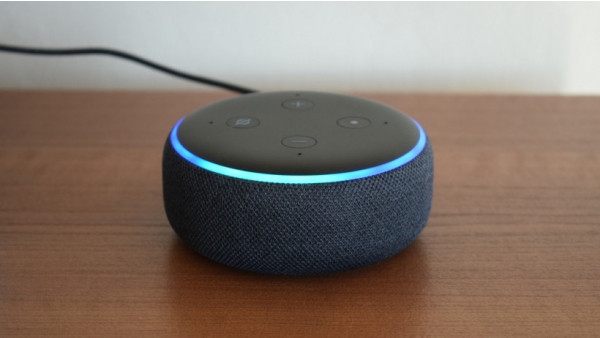 Amazon big Alexa event is 25 September at its headquarters in Seattle, where we're promised "new things from the Amazon Devices and Services team".

The company held a similar event last year where it unleashed heaps of new Echo speakers and other Alexa-powered devices. We're expecting a similar showing for 2019, but what will it bring?

Things that are likely

While the Echo Dot and Plus got upgrades at last year's event, the flagship Echo speaker did not. But if we were to look at Amazon's release cadence and extrapolate from a very small amount of data (and you know we will), an Echo refresh is a possibility. And with Google even more likely to refresh the Google Home at its October hardware event, Amazon needs to compete.

A report from Bloomberg in July claimed Amazon was working on an Echo with improved audio to compete with Sonos and the Apple HomePod. But the report also said Amazon planned to release the speaker "by next year", suggesting it might not be ready for the September event. It's possible this higher-end speaker could be the Echo 2019 edition, or a separate speaker altogether.

However, a more recent report from CNBC says Amazon is developing a new, bigger Echo device with better sound. It will come with a woofer and improved speakers over the original version, according to CNBC.

Gadgets that work with Alexa

The Alexa Wall Clock stole the show at last year's event, though not because it was particularly hi-tech ŌĆō it was just fascinating. We're sure Amazon will push more Alexa gadgets, both those running with the assistant inside and those that connect externally. Kitchen appliances are an obvious fit, and last year also saw Amazon unveil the Alexa Microwave. What might we see this year? An Alexa lamp? An Alexa chaise longue? It's all to play for.

That Bloomberg report we mentioned also talks of voice-controlled Alexa earbuds, which could also show up at the September event.

The latest Echo Show is much better from a hardware perspective, but most users would agree Amazon needs to bring the software up a grade. Hopefully we'll see it announce some changes that make the Show a more capable smart speaker.

Obviously we're expecting some big updates to non-screen Echo devices too. Expect a handful of updates that make Alexa savvier and more helpful.

Amazon loves to launch a Fire Tablet. Remember, Alexa runs on all of these, and last year Amazon rolled out Show Mode, letting Fire Tablet users turn their device into the equivalent of an Echo Show when docked. Chuck in USB-C and Amazon will make a lot of people very happy.

The Amazon-owned camera and security company Ring may well get in on the new hardware action at the event. A mini version of the Ring Stick Up Cam, Ring's indoor/outdoor camera, was teased by tech blogger David Zatz on Twitter.

Things that are possible, but less likely

Amazon's Echo Show 5 is very recent, but the larger Show was announced at last year's Seattle event, so it's possible. Again, it's hard to gauge Amazon's cadence with some of this stuff. It can be pretty random.

One thing we've discussed at Ambient Towers is the potential for Amazon to announce a line of third-party smart displays that run the Show operating system, similar to how Google has its Assistant Smart Display partners (the Lenovo Smart Tab only sort-of counts as this). It feels like the Show OS has evolved enough that it could feasibly happen, but we're just spitballing here.

Hard to say on this one. Again, Amazon hasn't historically followed a yearly refresh cycle with the Dot, but it's possible we'll see even a minor update to the speaker this year. The current Echo Dot ŌĆō third generation ŌĆō has much better sound quality, but with talk of a new and improved Google Nest Mini just around the corner, Amazon can't rest on its laurels.

We think this one is unlikely simply because Amazon just splurged a bunch of new TV devices at IFA, including a new Fire TV Cube and a bunch of Fire TV branded smart TVs. But a new Fire TV Stick, for example, could be announced.

Yes. No. Maybe. There have been rumors Amazon is working on a house robot that goes by the codename "Vesta". However, the aforementioned Bloomberg piece said the robot wasn't ready for mass production this year, although work on the project has allegedly ramped up.

It's not outside the realm of possibility that Amazon would reveal the bot when it's not quite ready to roll out. Are the robots finally ready to rise?