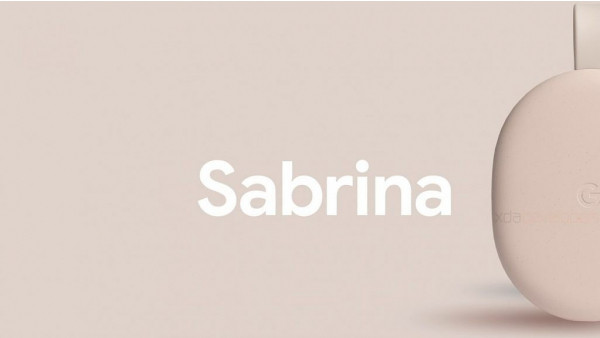 The internet rumor mill suggested that a new Android TV dongle would get announced back in July as part of the Works With "Hey Google" Smart Home Summit.

Instead, Google used the keynote for the event to detail platform updates for Google Home / Assistant, including the new Power Menu that will arrive with Android 11 and improved Google Assistant Routines.

But hopes are high, once again, for a new Android TV device as a pair of new Bluetooth / Wi-Fi devices have shown up in FCC filings, and 9to5Google suggests theyŌĆÖre related to Google's codenamed 'Sabrina', which is the purported internal moniker for the new dongle (and a remote to go with it).

Renders of supposed Sabrina devices went live back in June.

Android TV is growing massively. We're seeing more and more televisions with the platform built in (from the likes of Philips and Sony), while Nvidia has had big success with its popular Shield TV set-top box, which also runs Android TV - and Chinese behemoth Xiaomi also has a couple of Android TV devices out there as well.

Currently, Google's only native dongles are Chromecast-based: devices that work over Wi-Fi to let you send or 'cast' media from your phone, tablet or computer to compatible speakers and TVs.

Android TV is a different to that - it's a smart TV platform of its own, with apps, the Google Assistant and streaming platforms all on offer.

Reports suggest we could see the Sabrina Android TV dongle launch in the coming weeks - apparently a summer 2020 launch window was originally planned.