LG doubles down on its smart InstaView Door-in-Door refrigerators

Knock knock, it's a hit 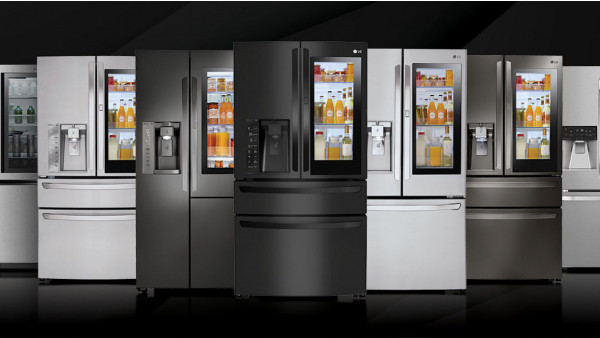 There's a new device vying to be the central hub of your smart home: The fridge. Samsung made a big deal out of its Spotify-playing smart fridge at its recent Unpacked event, and now LG is following suit.

The company has announced that it's doubling down on its InstaView Door-in-Door smart fridges, expanding its lineup to 23 different models by the end of the year. At least some of the lineup will be ready for this coming Labor Day with all kinds of deals.

The InstaView fridges run on LG's ThinQ smart home platform, which means you can use a companion app to do things like make extra ice and get notifications when someone leaves the fridge doors open after getting some juice. It's also Alexa and Google Assistant compatible, so you can check the door status, or get some ice made, by commanding your voice assistant of choice.

What exactly is Door-in-Door though? Think of it like a mini fridge on the outside of your regular fridge. One of the doors has a quick access spot where you can place snacks and drinks you often turn to. There's also a glass window that looks into said mini fridge. When you knock on it twice, the lights in the mini fridge let you see what snacks you have, allowing you to peer into your fridge without letting cold air out and wasting energy.

If you want a snack, you just open up this external compartment and grab it. It's supposed to make getting snacks from the fridge easier and more friendly to the environment (and your energy bill). We expect the feature has proven a hit among users, if LG is expanding it across more fridges.

The new models come in a variety of styles, from side-by-side to French three- and four-door. There are also standard- and counter-depth models. LG basically wants to make enough models where no matter what kind of kitchen you have, you'll be able to find an InstaView Door-in-Door fridge to fit in.