Apple HomePod 2 wish list: What we want to see in the next smart speaker

Apple's smart speaker has a lot of room to grow 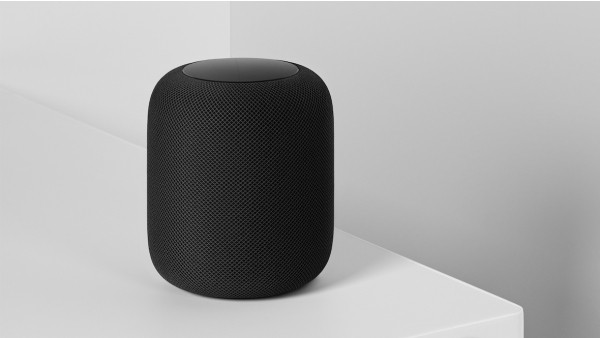 The HomePod, despite its struggles, isn't a one-and-done flash in the pan. It's (most likely) the start of a new product line, and you can bet Apple is working on a sequel. In fact, there are whispers we might even see the HomePod 2 launch later this year - although WWDC 2020 has now come and gone.

The HomePod may have impressive sound quality, but it also feels partially baked ŌĆō a first-gen product that has plenty of room to grow. Kind of like, you know, every other first-gen Apple product.

But what could Apple do to better position its smart speaker among the growing arsenals of Google and Amazon? Here's what we think could take Apple's HomePod to another level.

The design of Apple devices generally donŌĆÖt change too much between generations, with the company instead parcelling out its design tweaks out over a number of years. However, being able to place a slightly friendlier design in the home seems like a strong place to start with the second generation of HomePod.

ItŌĆÖs not that the original is an abomination, itŌĆÖs just not overly attractive; a grilled blob in the wide and varied world of smart speakers. Now, granted, this request is probably unfairly based upon the expectation placed on Apple to consistently churn out industry-defining designs (and, of course, it was late to the party here), but the current HomePod just doesnŌĆÖt really have the look of something fashioned in the halls of Cupertino, in our opinion.

With HomePod 2, weŌĆÖd like to see a bit more character come to the speaker. Maybe that means more colors, maybe that means a different outer casing and maybe it also means two sizes to choose from: one to rival the mid-range speakers from Amazon and Google with superior sound, and another to continue competing at the top end. Which leads us toŌĆ”

Apple really likes making smaller, slightly more affordable versions of its products ŌĆō so why not a smaller HomePod? Think about it: a $50 Apple speaker that could outperform the Echo Dot and Google Nest Mini on sound. Moreover, every iPhone owner could interact directly via Siri, rather than having to open an app.

Ok, maybe we're being slightly optimistic here. A $50 smart speaker doesn't feel very Apple, even if we can see its competitive advantage. Maybe just a slightly smaller HomePod for, oh, $100?

Reports claim that Apple is at least working on a cheaper version of the HomePod, one that will reduce the number of tweeters down to two (from the current seven) in order to cut back on cost. That speaker is rumored to touch down this year.

Since the HomePod still favors Apple Music, having the option to at least ping things from Bluetooth would be extremely welcome. AirPlay 2 is great, and we get that controlling your smart speaker is typically done through the voice, but connecting to a smartphone would be another option for those who arenŌĆÖt all-in on AppleŌĆÖs ecosystem.

Right now, using Spotify on the HomePod is possible, but not with Siri. That may change, as Apple and Spotify are said to be in talks to further integrate the music service with Apple's assistant.

This is more of a HomeKit problem than a HomePod problem, we suppose, but right now our Echo and Google Home speakers feel like much better smart home controllers. Since Apple got rid of its requirement for third-party device makers to build in a specific HomeKit chip, it's theoretically easier to make their products Apple-friendly ŌĆō they just need to roll out a software update. But that will take time.

As for Apple TVŌĆ” we'll make the case for a HomePod with a screen later, but it's surprising Apple hasn't taken more advantage of better integration here. While you can use the HomePod as an Apple TV speaker, why can't you also use HomePod to control the Apple TV? It would make perfect sense to be able to ask Siri to display information on the TV, or ask it to open an app. Feels like a big miss right now. Again though, this could be something Apple can add to the current HomePod with a software fix.

Siri may not be the sharpest smart assistant our there, but one thing Apple did get right with its first generation HomePod was sound. So, how does it take things up a notch?

Well, by doing something its rivals have yet to: offer the same space-leading sound without the tether of a wire and plug. Unless youŌĆÖre the owner of multiple HomePods (which isnŌĆÖt too likely, considering the price), moving the speaker from room to room, like every other wired device, finding an open socket and waiting for it to boot up again is a hassle. You may have the HomePod locked into your bedroom most of the time, but what if you want to move it every night to play music while you cook ŌĆö annoying, right?

ThereŌĆÖs good reason why Amazon, Google and other manufacturers make you plug in ŌĆö battery life is a major consideration, as well as the drop in sound quality ŌĆö but just having the option would give potential buyers a reason to favor Apple.

The hot new smart home trend right now is smart speakers with displays. Amazon was first to this race with the Echo Show, but Google has since joined with Nest Hub and Smart Displays. Apple isn't one to jump on a trend right away, but this particular trend is well suited to its talents.

Look at the checklist of features for smart speakers with displays. Video chat? Apple's got FaceTime. Smart home control? Siri and a customized version of Apple's Home app slot in perfectly there. Casting? AirPlay 2. TV? Apple's got its TV app and TV+ service. Worried about privacy? Unlike its Silicon Valley brethren, Apple doesn't rely on user data and ads to pay the bills.

If this smart speaker with a display trend is for real, and consumers take to them in droves, then Apple really should consider a display-enabled HomePod. Just bolt an iPad Mini onto a HomePod, and you've got a good start there, Tim.